One of the Lies Trump Told Today 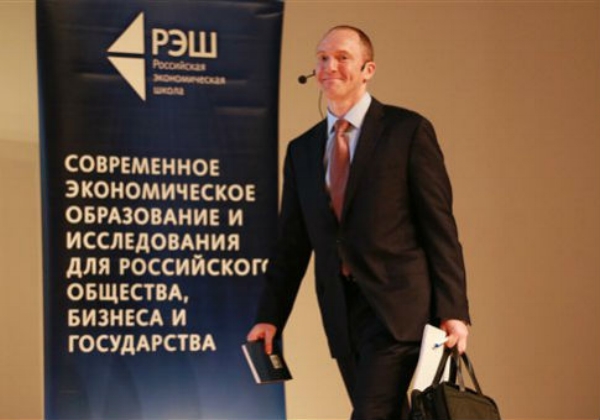 There were so many lies today, they may have overwhelmed decent people everywhere:

Trump and his aides are denying new reports of the President-elect's possible ties to Russia. Carter Page is a former Trump adviser whose reportedly close ties to Russia have been called into question during the campaign. The FBI looked into allegations that, while in Russia last year, Page had meetings related to individuals under US sanctions.

"Carter Page is an individual whom the President-elect does not know and was put on notice months ago by the campaign," Sean Spicer, the incoming White House press secretary, said Wednesday.

Trump, however, does at least know Page's name.

In an interview with The Washington Post editorial board in March, Trump named "Carter Page, Ph.D.," as one of the people he was considering for his foreign policy team.

Carter Page should be testifying before Congress before Inauguration Day. He needs to be deposed and he needs to be read his rights. Anyone can trace back through the campaign and find stories like the one I was able to find below. Because here's where the lies and the bullshit go sideways. Wingnut news outlet the Washington Free Beacon had a lengthy story about Page last July, right about the time that the links between the Trump campaign and the Russian government were being solidified:

Carter Page, a foreign policy adviser to Donald Trump, traveled to Moscow last week and criticized the United States and other Western powers for their “hypocritical focus on ideas such as democratization, inequality, corruption, and regime change” in other countries.

Page, an energy executive with ties to Russian gas giant Gazprom, praised Russia and China for embracing foreign policies built on “non-interference,” “tolerance,” and “respect” while describing U.S. foreign policy as too interventionist during remarks at Moscow’s World Trade Center.

“The United States and other developed powers, including in the EU, have often criticized [China, Russia, and Central Asian nations] for continuing methods which were prevalent during the Cold War period,” Page said. “Yet ironically, Washington and other Western capitals have impeded potential progress through their often hypocritical focus on ideas such as democratization, inequality, corruption, and regime change.”

He also accused Western powers of approaching Russia and Central Asian nations with a “nearly universally critical tone” despite their “advancements.” This he said, may “understandably advance a certain level of insecurity.

The remarks, delivered at an event hosted by the New Economic School, were hardly out of character for Page, who has a history of criticizing U.S. foreign policy and portraying Russia in a favorable light. In online writings, Page has defended Moscow’s involvement in the takeover of government buildings in Ukraine by pro-Russian forces in 2014 as “minor,” attributed the crisis in Ukraine to U.S. policy, and accused NATO of “meddling in the affairs of Eastern Europe.”

His habit of criticizing Western countries raises questions about the foreign policy advice Trump is receiving.

Hope Hicks, the press secretary for the Trump campaign, told the Washington Free Beacon that Page’s trip to Russia was “not on behalf of the campaign.”

Page, who has no government experience and helps run an energy investment company called Global Energy Capital LLC, first emerged as one of Trump’s foreign policy advisers in March. He spent three years living in Moscow in the early 2000s, where he worked as an investment banker for Merrill Lynch and adviser on transactions for Gazprom and RAO UES, a Russian electric power company.

That handy denial by Hope Hicks is laughable right now because they knew there would be fallout from a campaign official meeting with the Russians. A Trump-friendly news "outlet" like the Free Bacon was convenient for them back in July so they were quick to control the story of Page's meeting with the Russians by establishing plausible deniability. Page was "fired" in the same way Corey Lewandowski and Paul Manafort and Roger Stone were all fired--as in, "not fired at all and still on the payroll."

Who paid Carter Page to go to Russia?

How much money has the Trump campaign paid him since mid-2015?

Who else is paying Page for his "advice?"

When you go back through the archives and you start to unpack everything that was said and done, no wonder people missed the forest for the trees. And no wonder the Trump people were so quick to deny, deny, and deny. The fix was in. They got their denial in early, and they were desperate then, as they are now, to minimize this sort of paper trail.

Because they knew it was treason, and they have been caught lying about it. Can't wait for the inevitable denial of the truth.