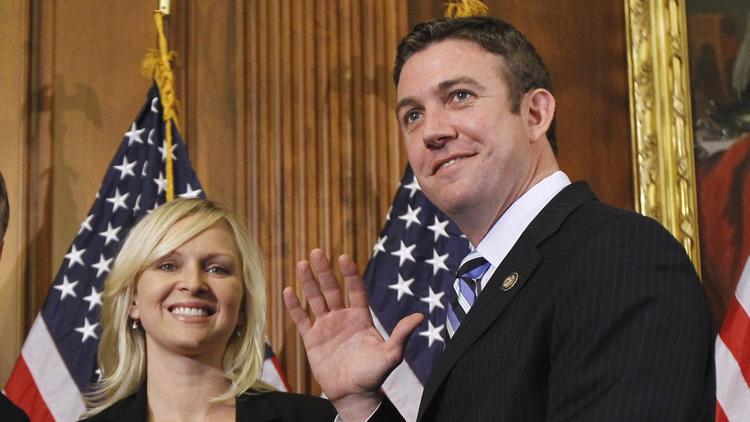 Representative Duncan Hunter should be the face of Republican corruption:

Rep. Duncan Hunter used campaign funds to pay for $600 of airline fees to fly a family rabbit, one of the more colorful expenses to surface in an ongoing review of his practices.

Hunter’s staff told the Press-Enterprise newspaper that the House Office of Congressional Ethics questioned the pet expenses — offered as an example of over-reach by the agency.

The ethics office’s independence was nearly clipped this week as one of the first orders of business for the GOP-controlled House, until President-elect Donald Trump and others questioned the move.

Hunter has a long, proud history of using campaign funds to pay for anything and everything, and his constituents keep sending him back to Washington.

This is the perfect non-scandal in a world where being corrupt, incompetent, dishonest, and indifferent to human suffering is seen as being preferable to having liberal values.