Nicole Kidman Says That We Should Accept Trump 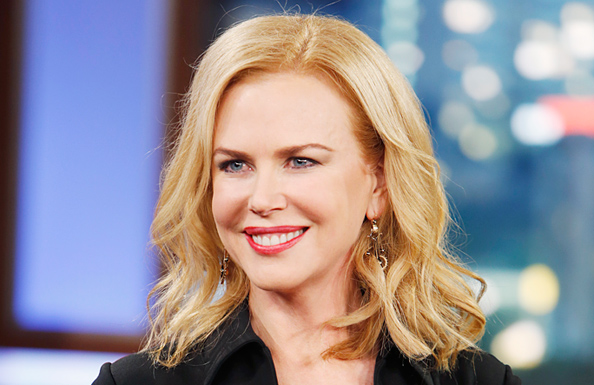 Nicole Kidman says it’s time for Americans to both accept and support Donald Trump as the country’s next president, saying, “He’s there and let’s go.”

“I would just say he’s now elected,” Kidman said in an interview this week with BBC News when asked her opinion of the president-elect, “and we as a country need to support whosever the president is, because that’s what the country’s based on.”

A majority of Americans disagrees with Miss Kidman, but here's what's important--she's asking us to support someone who will work with the Republicans in Congress to defund Planned Parenthood, repeal the Affordable Care Act, and criminalize abortion. There has never been a president more opposed to women's rights and more dangerous to women's health issues as Donald Trump and the Republicans in Congress.

Kidman, a United Nations Women goodwill ambassador, stressed that her focus is on political issues, rather than political figures, saying, “I’m very, very committed to women’s issues in terms of I do a lot of fundraising for U.N. Women and I do a lot of traveling for them.”

“I also do an enormous amount of fundraising for breast and ovarian cancer, because that’s something that’s affected my family deeply,” she said. “So they’re my issues that I’m very attached to.”

I hope she stays firmly attached to those issues, because, thanks to Trump, women in this country are going to suffer enormously because of his policies.

In the most polite way possible, I'd like to tell her to go pound sand with her opinions. Even if this comes from a place that is more naive and misguided than deliberately evil, I can't imagine who, in their right mind, failed to pay attention to the fact that Trump has said some of the worst things imaginable without any consequence whatsoever. No one who says that they are an advocate of women's health issues would ever come down on the side of "accepting" what's already begun to happen in the dead of night. Kidman's attempt to normalize Trump should fall on deaf ears.