Lies and the Lying Liars Who Lie to Us 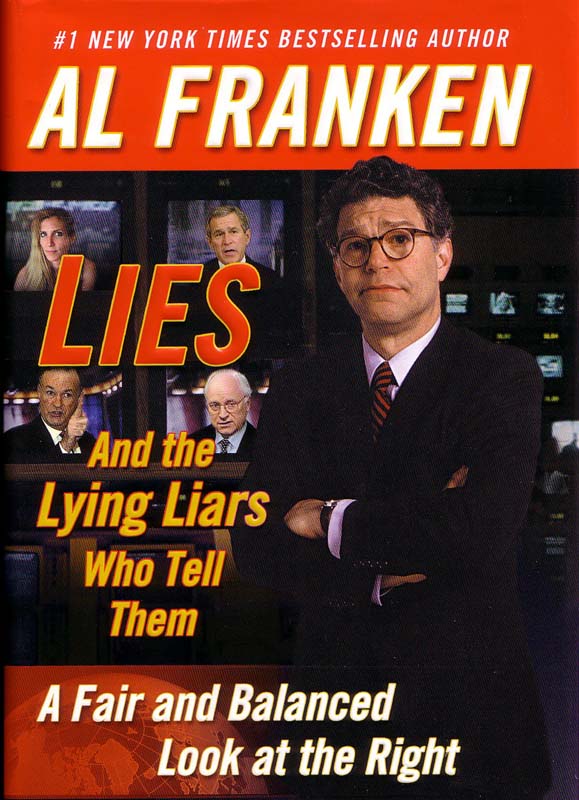 I think it's pretty obvious that Al Franken's books about the right wing lying machine were prophetic and accurate in ways we couldn't have known ten or twenty years ago. And I know it's highly unlikely that we will see updated versions for the current situation in which we find ourselves.

If you've been paying attention up til today, you already know that the right wing has weaponized lying and is using it to distract people from the radical redistribution upwards of income and property. That's the marketing plan--lie about what's happening, and repeat that lie until people are too weary to fight back against it. They are counting on you to go home, sit on your hands, and be distracted by the popular culture.

The Women's March reminded us of something--the lying may get old, and we may have seen this playbook before, but it's not going to break us down. It is not going to stop us from fighting back. And if we mock them when they lie, and keep doing it, day after day, we are fighting back against the normalization of Trump and the weaponization of lying in our politics. Day in, and day out, Hillary told people the truth, and the media failed to tell the American people that she was being truthful when she talked about jobs, the economy, and health care. The media has failed to identify lying when it happens in real time, but there are signs that they are getting better. You have to praise Chuck Todd for standing up to Kellyanne Conway's ridiculous "alternative facts" spin. But this has to improve, and it has to expand to having people stand in front of the President himself and tell him he's a liar when he lies.

The media are still a massive failure, and Franken was right.