John Lewis is Not a Fraud 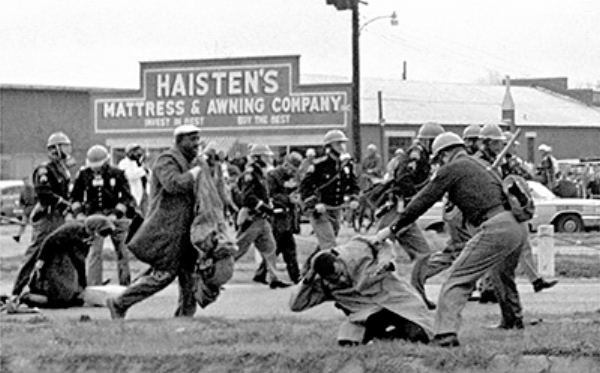 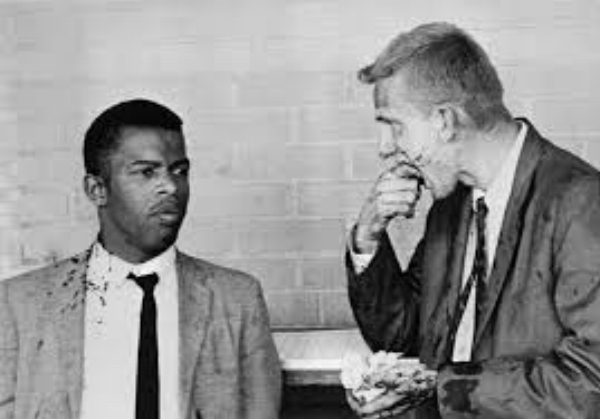 Lewis is invariably described as a “civil rights icon,” but the man is an utter fraud. He has been coasting on his 50-year-old reputation for decades. Andrew Breitbart exposed Lewis as a liar when he claimed, falsely, to have been subjected to racial epithets by a crowd outside the Capitol. Lewis disgracefully testified against Jeff Sessions’s nomination as Attorney General, again playing the fake race card. And, for what it’s worth, he didn’t consider George W. Bush a legitimate president, either.

The mere fact that he would cite Andrew Breitbart in his smearing of Lewis speaks volumes as to how far we have fallen in this country. There is treason all around us, and on the weekend where we celebrate Martin Luther King Jr. day, the minions of the President Elect of the United States of America use overt racism to advance their white nationalist agenda.

John Lewis remembers how he ended up nearly dying for the cause of Civil Rights in America:

We saw a sea of blue—Alabama state troopers—and we continued to walk. We came within hearing distance of the state troopers. And a man identified himself and said, "I’m Major John Cloud of the Alabama state troopers. This is an unlawful march. It will not be allowed to continue. I give you three minutes to disperse and return to your church." And one of the young people walking with me, leading the march, a man by the name of Hosea Williams, who was on the staff of Dr. Martin Luther King Jr., said, "Major, give us a moment to kneel and pray." And the major said, "Troopers, advance!" And you saw these guys putting on their gas masks. They came toward us, beating us with nightsticks and bullwhips, trampling us with horses.

I was hit in the head by a state trooper with a nightstick. I had a concussion at the bridge. My legs went out from under me. I felt like I was going to die. I thought I saw Death. All these many years later, I don’t recall how I made it back across that bridge to the church. But after I got back to the church, the church was full to capacity, more than 2,000 people on the outside trying to get in to protest what had happened on the bridge. And someone asked me to say something to the audience. And I stood up and said something like: "I don’t understand it, how President Johnson can send troops to Vietnam but cannot send troops to Selma, Alabama, to protect people whose only desire is to register to vote." The next thing I knew, I had been admitted to the local hospital in Selma.

Fuck you, John Hinderaker. You're not fit for decent society.