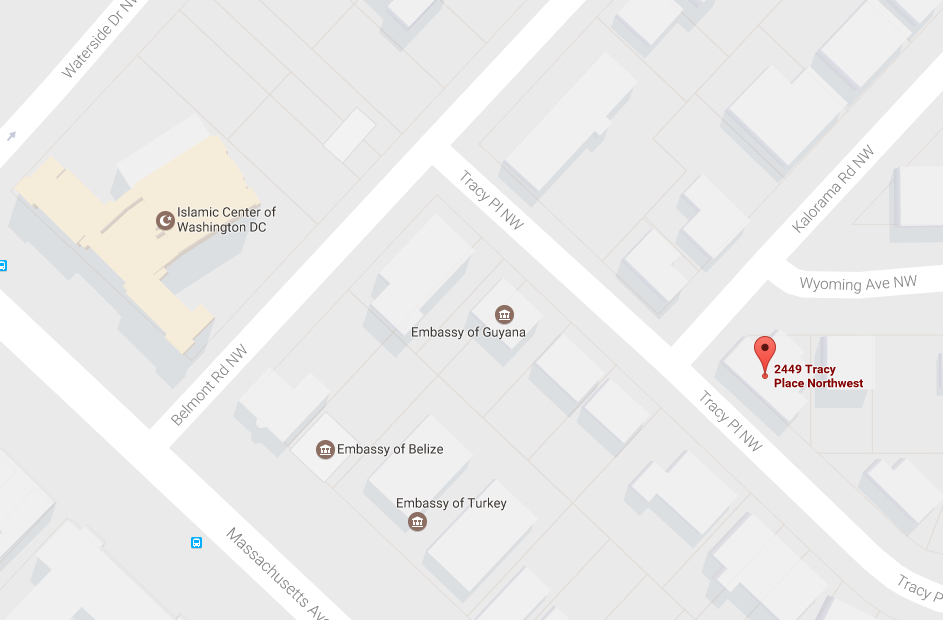 I mean, you couldn't make this up if you wanted to:

Ivanka Trump and hubby Jared Kushner will be moving into a $5.5 million, six-bedroom mansion in Washington, DC’s tony Kalorama neighborhood, as first reported in The Washingtonian.

The home is two blocks away from the Obamas’ post-White House digs.

The Obamas will be renting an 8,200-square-foot mansion owned by Joe Lockhart, who served as the White House press secretary under Bill Clinton, and his wife, Giovanna Gray Lockhart, a Glamour magazine editor.

The families will reportedly live less than two blocks apart.

You have the daughter of the man who called for banning Muslims from entering this country living practically next door to the Islamic Center. I mean, good for them. Oh, and they're really, really close to the Turkish Embassy. Can't neglect to mention that.

Overall, though, I hope that people understand that Washington D.C. is truly a cosmopolitan city. I hope the Kushners are welcomed to the neighborhood and have a chance to see how their neighbors live and maybe, just maybe, that will enlighten them to some degree.

One thing we could use a lot more of is tolerance, and if you rub elbows with enough people who are different than yourself, then all the better.

UPDATE: Variety says that the guy who sold it to them relocated to Ukraine.