Israel is Afraid Trump Will Share Intelligence With Russia 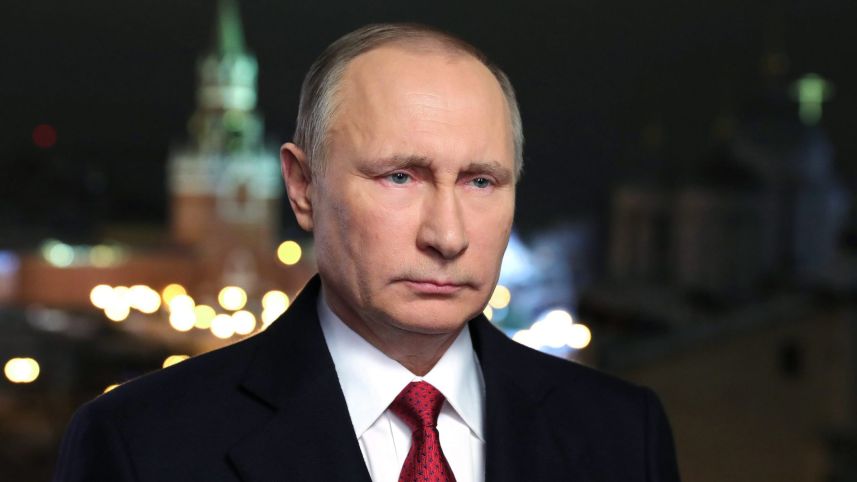 I'm not sure what to think of this crazy story from Haaretz:

Israeli intelligence officials are concerned that the exposure of classified information to their American counterparts under a Trump administration could lead to their being leaked to Russia and onward to Iran, investigative journalist Ronen Bergman reported by Israeli daily Yediot Ahronot on Thursday.

The intelligence concerns, which have been discussed in closed forums recently, are based on suspicions of unreported ties between President-elect Donald Trump, or his associates, and the government of Vladimir Putin in Moscow.

As Russian intelligence is associated with intelligence officials in Tehran, highly classified information, such as Israel's clandestine methods of operation and intelligence sources, could potentially reach Iran. Such information has been shared with the United States in the past.

American intelligence officials expressed despair at the election of Trump during a recent meeting with their Israeli counterparts, Bergman reported. They said that they believed that Putin had “leverages of pressure” over Trump, though they did not elaborate. The American media reported on Wednesday that Russia has embarrassing intelligence about the president-elect.

Could it be because of this?

Russian intelligence has been targeting Jewish-American businessmen with Russian backgrounds for use as operatives in criminal cyber activity, alleges one of the documents in the controversial dossier published by Buzzfeed on Tuesday. The unverified documents in the dossier, which claim that the Russians have compromising personal and financial information on President-elect Donald Trump, have been presented both to Trump and President Barack Obama. Trump has condemned the documents as being “fake news” and representing a “total political witch hunt” against him.

The assertion regarding the Jewish businessmen is contained in a dossier entitled “A Synopsis of Russian State Sponsored and Other Cyber Offensive (Criminal) Operations” and dated July 15, 2015.

The report asserts that the Russian intelligence bureau, known as the FSB, “was approaching US citizens of Russian (Jewish) origin on business trips to Russia.”

This is from last fall:

Trump is being condemned from almost all quarters, even by those Democrats who in the past could be categorized as peaceniks, but the strongest opposition to Trump comes from the neoconservatives, who are the most ardent in taking a hard line on Russia. A number of them are actively supporting Hillary Clinton after being allied with Republicans since Ronald Reagan ran for president in 1980.

Now, the neocons are noted for being staunchly pro-Israel, maintaining that Israeli and American interests coincide. Yet neither they nor, for that matter, the American mainstream media have acknowledged the fact that Israel and Russia are developing a close relationship, which encompasses economic and security measures.

While frequently described as America’s best ally, Israel has essentially placated Russia by distancing itself from the United States on the Ukrainian crisis, even refraining to vote on the U.N. General Assembly’s non-binding resolution that affirmed the “territorial integrity of Ukraine” and declared Crimea’s secessionist referendum to be invalid. The resolution passed by a vote of 100-11, with 58 abstentions.

Israel is the only “Western” country that has not taken part in the international sanctions imposed on Russia over its military intervention in Ukraine. Israel’s only official reaction to the Ukrainian issue was a rather tepid statement from the Israeli Foreign Ministry on March 5, 2014, which read in full: “Israel is following with great concern the events in Ukraine, is anxious for peace for all its citizens, and hopes that the situation will not escalate to a loss of human life. Israel hopes the crisis in Ukraine will be handled through diplomatic means and will be resolved peacefully.”

The Israelis are looking for the best deal possible, and they probably think they're going to find the Trump Regime easier to manipulate than the Obama Administration. If there's one constant that will run through the next however many years Trump has the job, he will be manipulated by Israel and Russia for their own gain, and it is far more likely that Russia and Israel will all find a way to flatter him, pressure him, and use their allies to trick him into doing their bidding. An all-out invasion of a country yet to be named is not out of the realm of possibility.

How that gets them anything is anyone's guess, but the dealings between the U.S., Russia, Israel, and Iran are going to be very murky going forward. The utter instability that we all face has to be driving these people nuts.