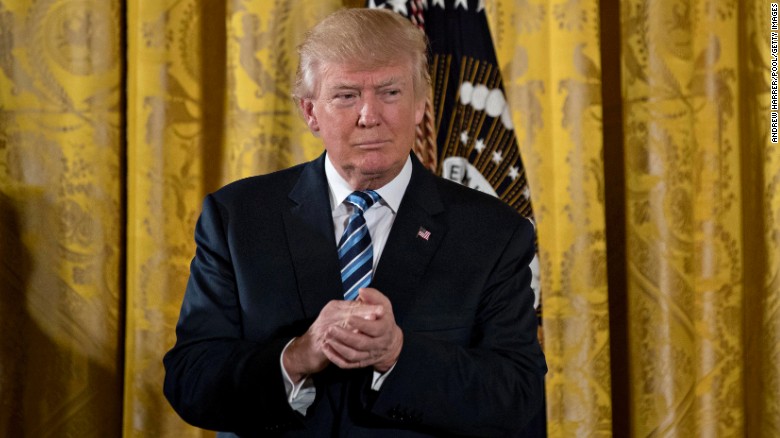 You can mark down today's date. It's January 24, 2017, sometime in the afternoon depending on where you are.

This is the moment we've all been waiting for.

This is the moment when we've been given all the proof we need that the President of the United States is mentally unfit to discharge the duties of his office.

President Donald Trump believes millions of votes were cast illegally in last year's election, White House press secretary Sean Spicer said on Tuesday, but he wouldn't provide any concrete evidence for the claim, which has long been debunked.

"The President does believe that, I think he's stated that before, and stated his concern of voter fraud and people voting illegally during the campaign and continues to maintain that belief based on studies and evidence people have brought to him," Spicer said.

Pressed for what evidence exists, Spicer would say only that Trump "has believed that for a while based on studies and information he has."

Did "3-5 million illegal immigrants vote in the last election?"

We know this is a fact. There were a handful of people who were caught voting illegally and one of them was a Trump voter. There is no such thing as voter fraud. It is statistically minuscule when it happens, if it happens at all. It is just a right wing talking point designed to help Republicans disenfranchise American citizens. We're not in the midst of a campaign where serial lying is tolerated. We are in governance mode. There is a huge difference between running for the job, being the POTUS-elect, and then taking the oath of office. After you take the oath of office, everything changes in an instant.

The Trump Regime has not gotten the memo. The man is crazy. He can't let it go. It's a nothing burger of a story. It's not even relevant anymore.

If this insistence, which is now in its fourth day, on the existence of something that doesn't actually exist, doesn't wake someone up, what the hell will? If this continues, someone is going to have to invoke the 25th Amendment to the constitution. It should be mandatory for the president's physician to examine him and report back to the bipartisan leadership of Congress. I mean, they should put him in an ambulance and head on down to Bethesda immediately.

I'm not a betting man, but I seriously doubt this can continue for much longer. There's something seriously wrong here and it is not going to sort itself out. Where can we find one decent man in Washington with the stones to do this?

I will bet you this, though--no one will say anything or do anything until Americans are actually physically harmed. What a tragedy.

UPDATE: I see I'm not the only person who agrees with this.

An American first: a president who was obviously mentally ill the moment he took office. Thanks, Comey https://t.co/FuZbCy5DxQ