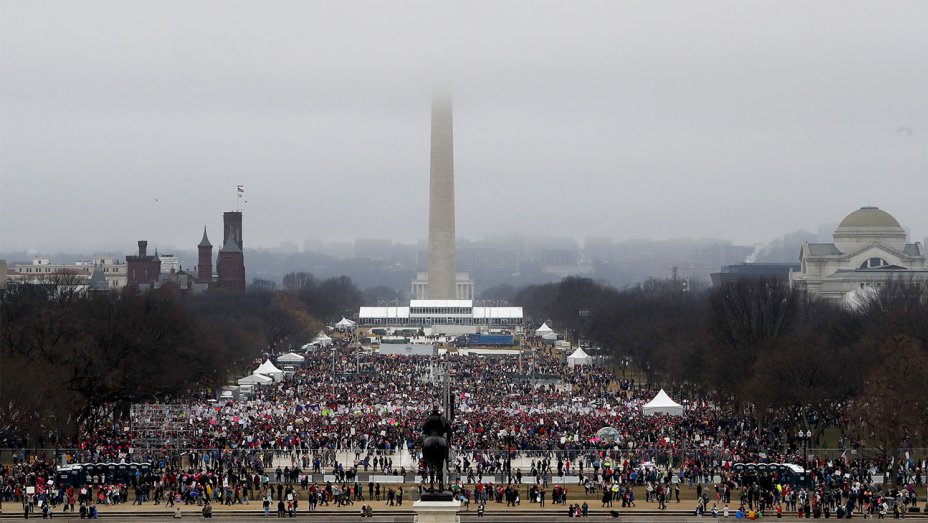 Why would Fox News even bother to cover the fact that yesterday showed us the largest protest in the history of the United States of America? They're on the wrong side of history:

Even while hundreds of thousands of people were peaceably marching in Washington, D.C. and other cities, Fox pretended that nothing special was going on. We were Instead treated to a history lesson about the National Prayer Service; discussions of Trump’s executive actions; endless recaps of the inauguration and subsequent festivities, and breathless reports about James Mattis being sworn in as Secretary of Defense. It was enough to make you cry, “Fake news!”

And when Fox did finally report on the historic march, it was often in a smug, dismissive tone. Bill Hemmer rhetorically asked, “What does it say about Democrats, about liberals, that they refuse to accept reality?” His co-host, Shannon Bream, cast doubt on the accuracy of the numbers of protestors being reported by the media, which was understandable if she was only watching her own network’s coverage.

It has to be a scary thing, winning everything and knowing it doesn't mean anything if people aren't complacent and accepting of the victory. The worst thing in the world is to be in power, in the majority, and know everyone is energized and engaged and paying attention to every mistake being made. Republicans wanted all three branches of government and a distracted, disengaged populace. They'll do horrible shit and probably get away with most of it, but they won't be able to do everything because too many people are too pissed off to let them get away with it.

January 21, 2017 was proof people aren't going to roll over ever again.