Faces in the Crowd at the Inauguration 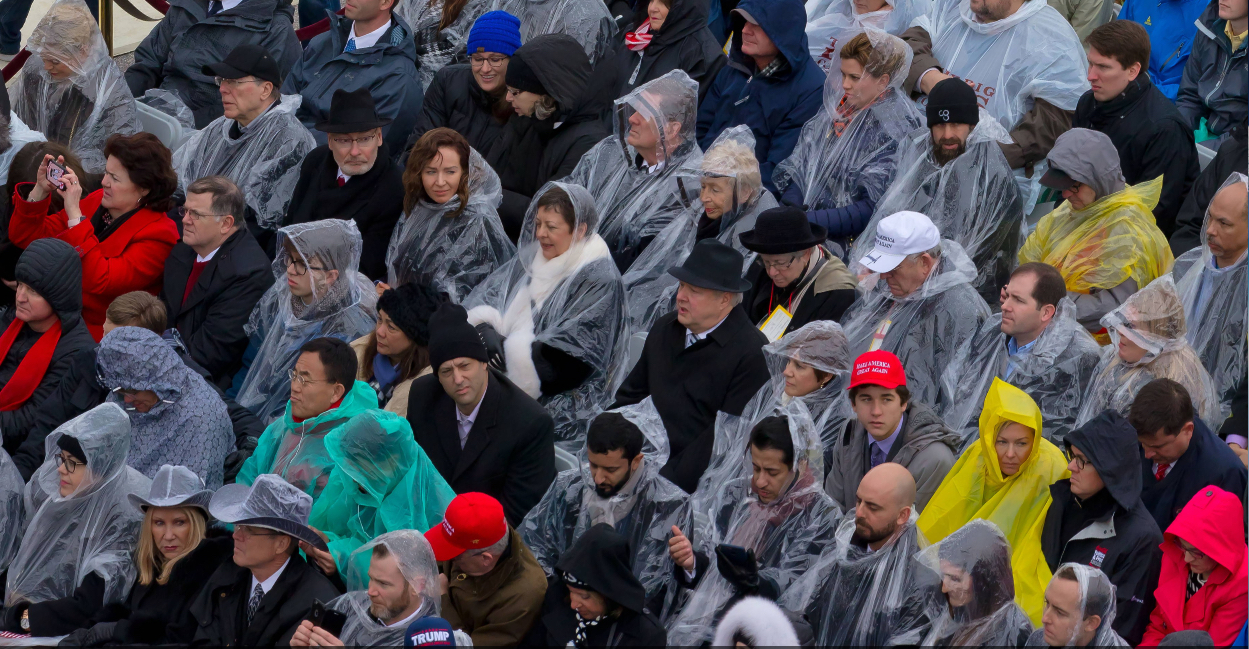 You can play around with this yourself, and you can see if you reach the same conclusion.

This image is from the Gigapixel shot at the inauguration yesterday. It was taken while Trump was speaking to this very crowd. Here you have an overwhelmingly white audience that is absolutely miserable. There is a noticeable dearth of smiling faces. Many of them are elderly and stone faced, and are really trying to avoid enjoying anything. The weather, of course, may have had something to do with it, but I don't think so.

I believe the photo captures the mood of the Trump supporters and voters. I believe that they know other people are about to begin suffering and they are resolute in seeing that through.

Here's an even better one, taken from the VIP section up over the left shoulder of Trump while he's giving his "American Carnage" address.