Did the Russians Give Trump Money? 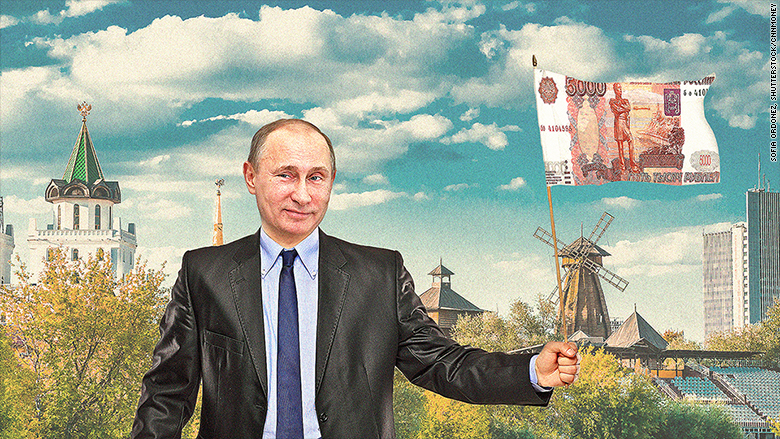 Well, this is a bit of a bombshell, isn't it?

The FBI and five other law-enforcement agencies have reportedly been working together for months on an investigation into whether the Russian government covertly sent money to aid President-elect Donald Trump’s campaign. “One of the allegations involves whether a system for routinely paying thousands of Russian-American pensioners may have been used to pay some email hackers in the United States or to supply money to intermediaries who would then pay the hackers, the two sources said,” McClatchy DC reported on Wednesday.

Covert money for a campaign that could barely pay its bills and was shunned for months by big-money Republican donors? Really? Well, that's more than just illegal--that's grounds to throw Trump out of office and call for a do-over.

According to sources who spoke with outlet, the FBI, the CIA, the National Security Agency, the Justice Department, the Treasury Department’s Financial Crimes Enforcement Network, and representatives of the director of national intelligence are all involved in the extensive probe. The inter-agency inquiry reportedly began last spring, long before the top cops received information about a dossier, written by a British spy, alleging the Russian government had damaging information on Trump.

No president has ever taken office as unpopular as Trump; no one has ever been accused of half the stuff he's been tainted with. He's being sued left and right for not paying his bills, the legitimacy of his presidency is in tatters, and he has a woman suing him for sexual assault. And now the very same intelligence community he has spent months humiliating has him in their crosshairs. They are following the money, and that means there's a paper trail.

These agencies will need the cooperation of foreign governments, some of whom might be NATO members. Where's this all leading?

Can't wait to see where it goes.