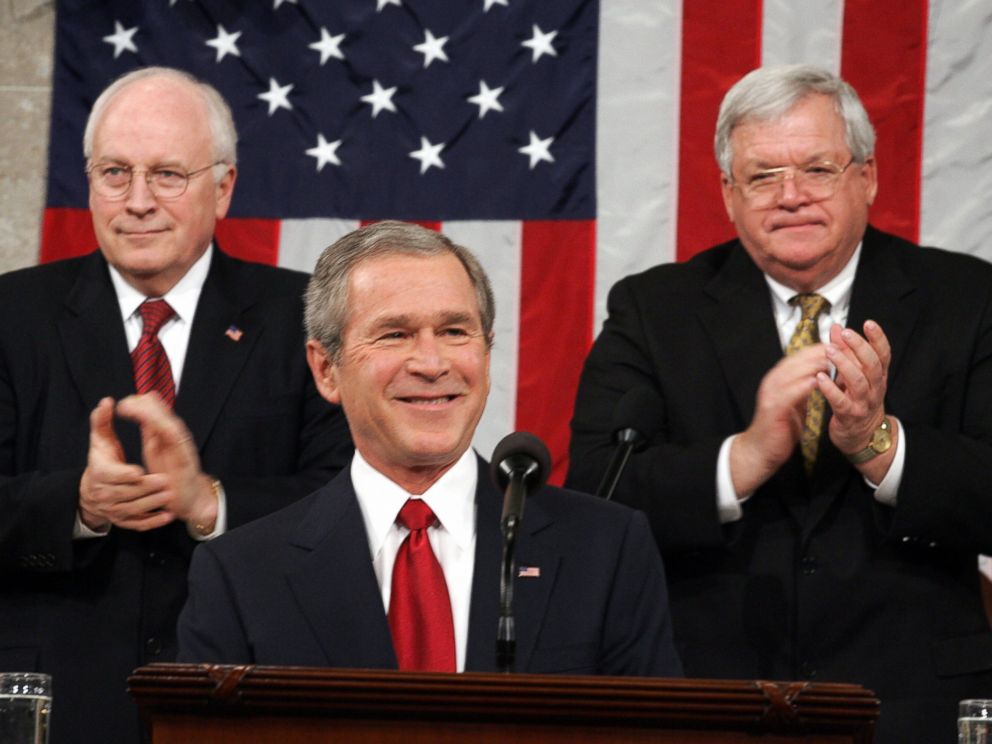 Former Speaker of the House Dennis Hastert (far right, above) wants it all back.

Hastert actually wants all of that hush money he paid to the young man who he began molesting at the age of 14 as a refund of sorts.

I'm not making this up.

Child molester Dennis Hastert wants his victim to pay up.

The infamously anti-gay former House Speaker wants "James Doe"—formerly identified in court proceedings as “Individual A”—to refund $1.7 million in hush money he paid out after molesting Doe, then just 14 years old, during a wrestling trip decades ago. Hastert was then a high school teacher and athletic coach before striking it big in Republican politics.

When James Doe found out he wasn’t Hastert’s only victim a decade ago, he confronted Hastert and began receiving cash payments for his silence. The victim said that Hastert promised him $3.5 million if he did not speak to authorities about the abuse.

Hastert believes that the two had an enforceable contract. If Hastert gave him money, the young man would not tell anyone that Hastert was a child molester.