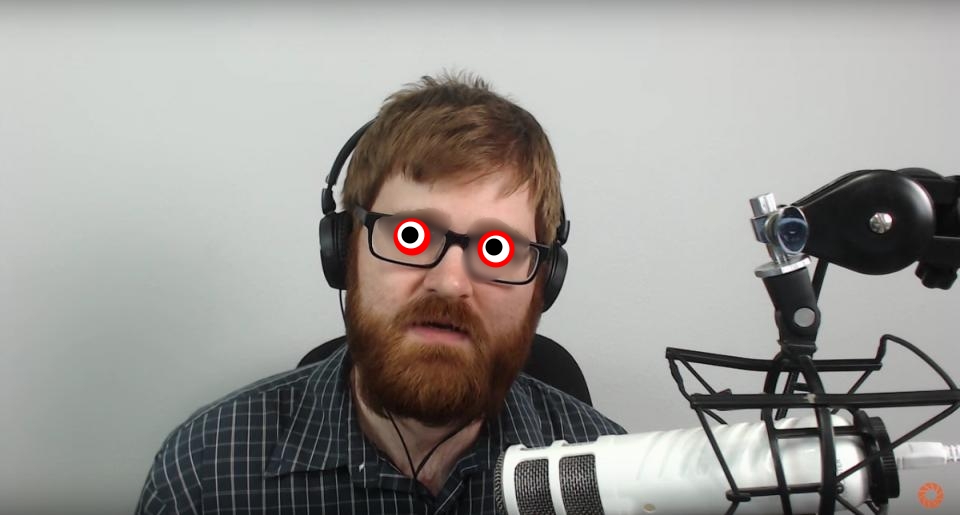 Noted ginger troll Charles "Chuck" Johnson is helping to advise the president elect on who to put in his cabinet:

An internet troll, who was once called “the most hated man on the internet” and is banned from Twitter, is recommending candidates to serve in the Trump administration.

Charles “Chuck” Johnson, a controversial blogger and conservative online personality, has been pushing for various political appointees to serve under Donald Trump, according to multiple sources close to the President-elect’s transition team. While Johnson does not have a formal position, FORBES has learned that he is working behind the scenes with members of the transition team’s executive committee, including billionaire Trump donor Peter Thiel, to recommend, vet and give something of a seal of approval to potential nominees from the so-called "alt-right."

The proximity to power is something new for Johnson, a self-described “journalist, author and debunker of frauds,” who has made a name for himself by peddling false information and right-wing conspiracy theories online. In the months leading up to the election, Johnson, 28, used social media and his website GotNews.com to stump for the President-elect while also publishing misinformation on Trump’s detractors. Now, Johnson is helping to pick some of the leaders who may run the country for the next four years.

We are now through the looking glass for the 11th time. In a "normal" Republican transition, a toxic online presence like Johnson would not even make it to the "D" list, but, bear in mind, racists are going to have a say in all things Republican for the foreseeable future. They are not going to hide in the shadows anymore. They are not going to photocopy and fax their single-spaced newsletters anymore--they're going to live in the open and advocate for their cause. To have Johnson associated in any way, shape or form with government is to see the world for what it truly is. We now live in an age when the horrors of the 20th Century were all for nothing. We sent a generation to fight fascism and now we have a generation of our own home-grown fascists in charge of everything. The penultimate Baby Boomer is now presiding over what promises to be a hate-inspired kleptocracy.

In other words, we are well and truly fucked because no one has the sense or decency to tell Johnson to go pound sand elsewhere.

Oh, and hey--maybe lead with this next time?

Despite his disregard for facts and reckless approach to publishing, Johnson, who was recently photographed at a dinner attended by white supremacists in Washington, D.C., built a significant following among many who self-identified as being a part of the "alt-right.” Trump drew significant support from those same followers during the election.

To understand why this is insane, read this, this, this and this.

Oh, and I could not stand having his dead eyes staring out from the blog so I made a few changes for no apparent reason.