Cashing in on the Presidency 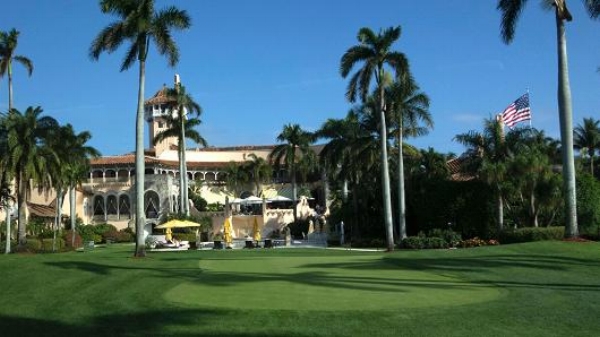 This is another reason why the sitting president should be considered an amoral grifter and the head of a vast criminal enterprise:

Mar-a-Lago, the Palm Beach resort owned by the Trump Organization, doubled its initiation fee to $200,000 following the election of Donald Trump as president.

People close to the Florida resort said the increase took effect Jan. 1. The resort had been considering an increase for some time, said those people, who declined to provide their names because they were not authorized to speak on behalf of the company.

But the timing is likely to add to criticism that the Trump Organization is trying to benefit from the president's election.

Either way, a membership at Mar-a-Lago now includes a chance to mingle with the 45th president. Trump plans to use the resort as his occasional "Winter White House." He has visited twice since his election — first for Thanksgiving and then over Christmas and New Year holidays.

The price of access to the president doubled overnight. No conflict of interest here. And, of course, there are no tax records which would show whether or not the president is receiving money from foreign governments. Will we get to see the member list of Mar-a-Lago? What if there are unsavory characters on that list? Heavens.

And, as if it needs to be said, if Hillary had won the election, and if the Clinton Foundation had doubled the price of access to the president or her husband, the outrage would be permanent. There isn't anything that Trump can't do. He can fleece millions out of people and no one bats an eye.