A Lawsuit Has Been Filed Against Trump 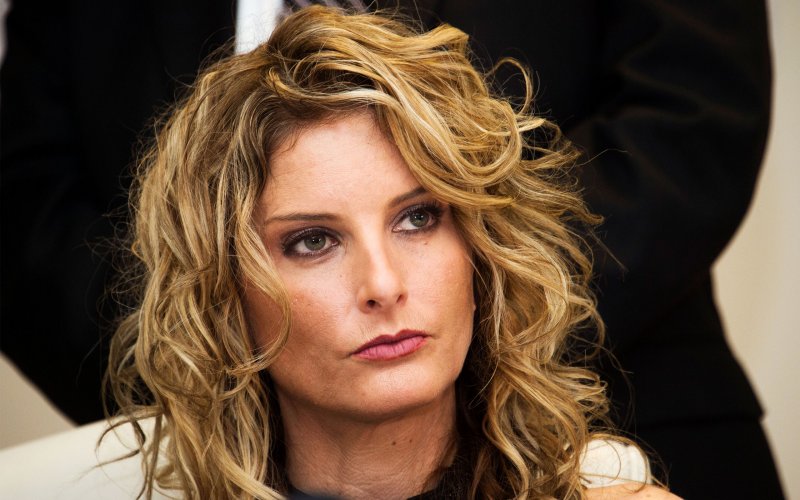 With three days to go before his inauguration ,  Donald Trump  is being sued for defamation by a woman who accused him of sexually inappropriate conduct, according to attorney-to-the-stars Gloria Allred , who announced the lawsuit at a press conference this afternoon. Summer Zervos , a former contestant on season five of The Apprentice , first came forward in October to accuse the GOP nominee of sexual assault. Following her short stint on the reality show, Zervos said she approached Mr. Trump about job opportunities in 2007, but instead of being offered employment, Zervos claimed, Trump groped her. “Ms. Zervos was ambushed by Mr. Trump on more than one occasion,” the complaint states. “Mr. Trump suddenly, and without her consent, kissed her on her mouth repeatedly; he touched her breast; and he pressed his genitals up against her. Ms. Zervos never consented to any of this disgusting touching.” [/caption] 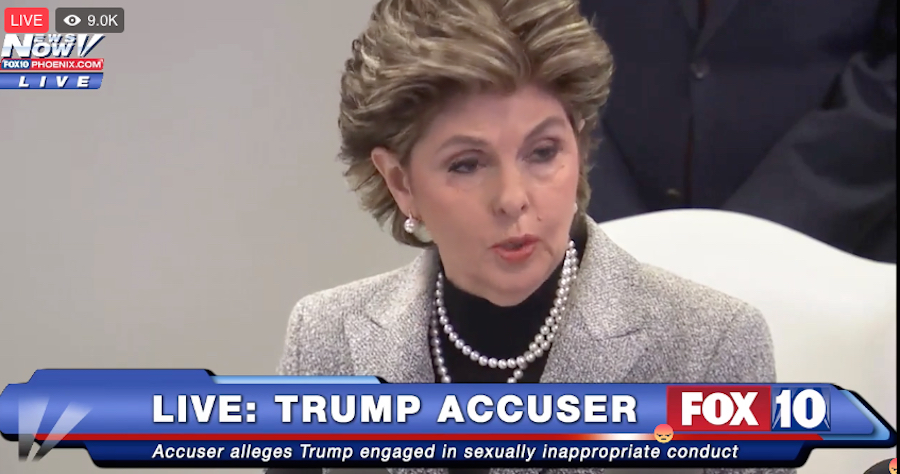 Gloria Allred's client is going forward with a sexual assault lawsuit against the President Elect of the United States of America:

A woman has filed a lawsuit against Donald Trump, accusing him of sexual assault.

The woman’s lawyer, Gloria Allred, told the press her client filed a lawsuit on Tuesday.

At least a dozen women previously accused the President-elect of sexual assault and he strongly denied all the claims. Only one person filed a lawsuit against him but dropped the case shortly after she failed to reveal her identity at a press conference.

The claims were made following the leak of a 2005 Access Hollywoood tape, which showed Mr Trump bragging to host Billy Bush about grabbing women's genitals and saying he could get away with it because he was a "star".

Is there anything gutsier than this? To go after the Trump regime in this fashion must mean one of two things. One, they have a strong case with evidence that will hold up in court. Or, two, they're trying to get attention and they have no case.

Which one do you think is more plausible?