This is What America is All About Right Now 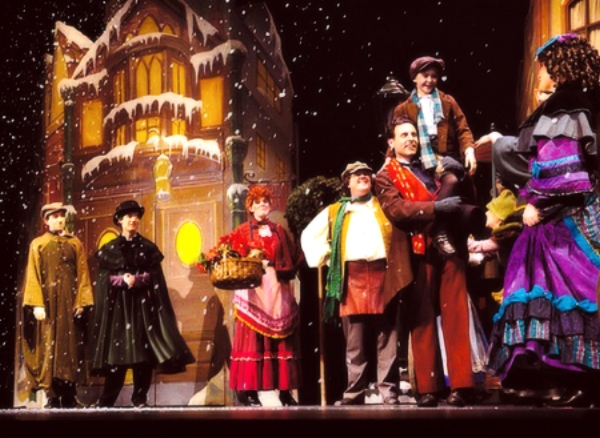 Update - this is why we can't have nice things.

You cannot write about anything anymore--everything is "fake" news. Clearly, the story outlined below has problems, and clearly the whole media complex in America is seriously broken right now.

I mean, you see these horrible stories, and you want to say something, but there is nothing out there worth commenting on anymore because it's all lies, all shit, all vacuous garbage.

The unmistakable ugliness of this story will not shock anyone who has been paying attention to the direction in which this country is headed:

A Jewish family was forced to flee their Pennsylvania home after Fox News and Breitbart ran stories wrongly blaming them for being responsible for the cancellation of a Christmas play. A Christmas Carol was set to be performed by local fifth graders, as is tradition at Centerville Elementary School; and the Jewish parents asked for their child to be exempt from the play, and were granted the exemption. The school district ended up canceling the program, however, and said it was due to time constraints, not objections to the line, “God bless us, every one.” Sites like FoxNews.com and Breitbart, nevertheless, ran stories implying that the family was responsible for the play being axed. Their children were being harrassed at school, and after suspecting that their address would be leaked online, the family fled. “There’s no way we’re going to take a chance after the pizza incident,” they told Lancaster Online, referring to a fake news story which prompted an individual to show up armed at a D.C. pizza restaurant to “investigate” the false conspiracy theory of a Clinton-run child-sex slave ring.

To say that these poor people are terrified fails to take into account the fact that they are being terrorized in the worst sense of the word; this will not stop just because they "fled" their home. It will continue until decent people stand up and resist the demonization of people through online means. To say that we're in need of Federal protections, comprehensive online stalking laws, and the implementation of protections for people is an understatement. Hate flourishes in the absence of the law, which is the only remedy available in a decent society. Laws protecting the rights of people from online harassment and terrorization are inadequate right now. Will they be gutted in the months and years ahead?

The next four years will test the rule of law like no other period in American history. What a shameful thing to have to write about and talk about. What in the living hell is wrong with this country?

How could anyone remain silent in the face of this?