Republicans Love it When Children Starve 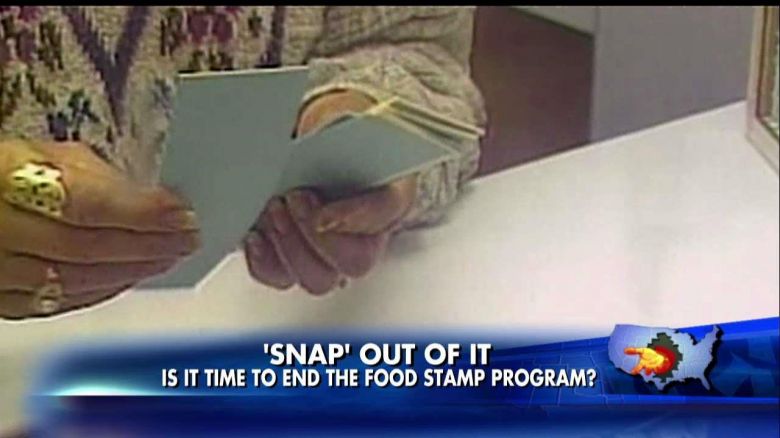 In the next few months, there will be serious threats to the SNAP program. Consider this one of many stories that will mislead people into thinking there's a "huge" problem:

Food stamp fraud is at an all-time high, with cases this year including a state lawmaker and even a millionaire.

According to the USDA, $70 million of taxpayer money was wasted in 2016 due to food stamp fraud.

The US Department of Agriculture works very hard at reducing fraud and actively uses investigators to weed out bad actors. This is exactly what you will never see when someone goes on television and starts talking out of their ass about how "awful" things are:

USDA is working on behalf of American taxpayers to protect the Federal investment in SNAP and make sure the program is targeted towards those families who need it the most. To further this effort, USDA focuses on three key areas of oversight:

USDA works to make sure that only those families who are actually eligible for the program participate, and that the correct amount of benefits is provided to them. Over the past decade, USDA has made major strides to improve the accuracy of SNAP's eligibility determination and benefit payment systems.

SNAP's Quality Control (QC) system earns a solid "A" grade. Over 99 percent of those receiving SNAP benefits are eligible and payment accuracy was 96.20 percent in 2011 --a historic high.

Reducing errors saves valuable resources. Payment errors are less than half what they were 10 years ago, which has reduced improper payments by $3.67 billion in 2011.

While it occurs relatively infrequently, USDA recognizes that program fraud undermines public confidence in government and the program. This jeopardizes the ability of SNAP to serve over 20 million struggling families who currently need it the most. USDA works through our state partners to investigate recipient fraud and hold bad actors accountable. Recipients who purposely commit fraud to get benefits are subject to disqualification.

The Federal government has collected nearly than $1.6 billion in delinquent SNAP recipient claims since 1992 through the Treasury Offset Program.

USDA Aggressively Combats New Fraud Schemes. In February 2013, USDA published a final rule to update the definition of trafficking, which previously was limited only to the exchange of SNAP benefits for cash, to include new schemes, such as the purchase of containers with benefits in order to discard the contents and obtain the cash return deposit. Furthermore, USDA is working towards finalizing a rule, published as proposed in May 2012, to provide States with the option to require contact from households with unexplained multiple SNAP EBT card replacement requests.

USDA Does Not Tolerate Attempts to Use Social Media to Facilitate Fraud. USDA is working towards finalizing a rule to clarify existing policy that the intent to buy or sell SNAP benefits, in public or online through the use of social media websites, is a program violation. USDA has provided States with technical assistance on how to monitor social media websites, such as Craig’s List, for attempts to buy or sell benefits. Furthermore, USDA has reached out to web sites for their assistance in helping to prevent program fraud.

Combating Abuse and Misuse of Benefits

The sale/purchase of SNAP benefits for cash is called trafficking, an illegal activity punishable by criminal prosecution. Over the last 15 years, USDA has aggressively implemented a number of measures to reduce the prevalence of trafficking in SNAP from 4 percent down to its current level of 1 percent. USDA also continues to work closely with its state, federal, and retailer partners to investigate and prosecute trafficking.

Trafficking is not tolerated. In FY 2012, over 100 FNS analysts and investigators around the country reviewed over 15,000 stores and conducted nearly 4,500 undercover investigations.

Bad actors are removed from the program. Over the last 10 years, over 8,300 retail stores were permanently disqualified due to trafficking.

Stronger Penalties. USDA has issued preparing proposed rules strengthening sanctions and penalties for retailers, and providing for the suspension of redemption payments for particularly egregious traffickers.

Further Investigation of Suspicious Transactions. USDA provides information to States partners about program recipients with suspicious transactions at firms known to be trafficking for further investigation.

Expectations and Support for States. USDA has distributed policy guidance and notices to State leadership regarding expectations that States take action against recipient trafficking and has encouraged them to use tools provided by USDA to combat this kind of fraud.

There are rare instances in which retailers submit fraudulent applications to redeem SNAP benefits at a location where their authorization was previously revoked. Such behavior is not tolerated.

Strengthening the Authorization Review Process. USDA is increasing documentation requirements to verify identity and assure business integrity as well as researching high-risk stores using tax and business databases. High-risk stores are those located at the site of a previous disqualification.

Criminal Penalties for Falsification. Stores that falsify information will be charged, disqualified and may be liable for a $10,000 fine or imprisonment for as long as 5 years or both.

Did you see the part where, in one year, $72 million dollars was recovered? Are you ever going to see that in the context of a discussion about how the program loses tens of millions of dollars each year? Of course not. It costs the Federal Government around $71 billion dollars a year to provide SNAP benefits for millions of Americans, most of whom are children. And there's less than one percent of that being lost to "fraud" which, if I'm interpreting all of this correctly, the government works hard at recovering anyway.

So, you'll see on Fox News the line that SNAP fraud is at an all-time high--$70 million is lost! Oh no! But then you'll see that the USDA takes fraud very seriously and has rooted out a lot of it already and actively recovers millions each year. And then you see the full context of the program--out of over $70 billion spent, less than one percent of that money has been lost to fraud and that's just temporary until the investigators catch up to the crooks and put them out of business.

Meanwhile, tens of millions of Americans are fed each year. Grocery stores in urban areas are kept in business. Compared to the money wasted by the Pentagon, what are we even talking about?

Oh, that's right. Sticking it to poor people. That's what all of this is about. All of those poor kids being fed means nothing to the conservative media, which is overwhelmingly anti-abortion but pro starvation.

UPDATE: The USDA says that the $70 million dollar figure from Fox News is wrong, and is asking for a correction.