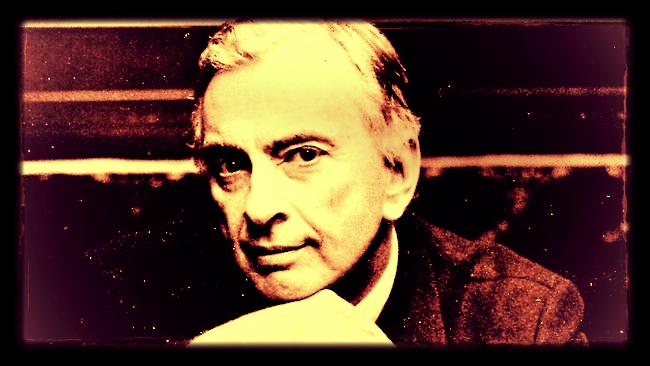 I had forgotten this passage, but it is extremely relevant right now:

The events that befell poor President Clinton were all done because he wanted healthcare for everyone in the country, so you get him on dalliance with Monica in the White House. A matter of no importance at all—and no one’s business at all, except his. And that was interesting because that was the impeachment of a president for something that he had done, which was fibbing about—did he know her in the biblical sense. So they say, “That’s perjury, we don’t want a liar for president.” Look what we’ve got now [George W. Bush]; we don’t get the truth—ever. This was all cooked up to destroy the most intelligent politician in the history of the United States. And like a fool, he agreed to answer the questions. If I were he I would have ordered Starr out of the White House, and said, “If you come back I’ll have you arrested.” It’s as simple as that. And he would have won anyway, as it was proved. There are times that you must stand up and your private life is private and public life is public.

He wanted "healthcare for everyone in the country." That's the absolute worse thing you can do in America--provide for the care of all. It is a venal sin.

First of all, we need the mind of Gore Vidal more than ever. His absence is intolerable. There is no one else who could articulate what the American people are going through right now. Vidal was a lot of things, but he understood the context of American society and culture and he spoke to things that made people go nuts with rage in public. He had the added advantage of being right most of the time.

Second, we are paying the price for decades of foolishness. Our inability to get serious about things has led us to the end of 2016. If this wasn't the worst year since 1968, then what was? We are not looking out for the people who need it and we are going to see the wholesale destruction of the safety net put in place by Franklin Delano Roosevelt. Without that safety net, I wouldn't be here, literally and figuratively, because it saved my grandfather and his family from destitution and destruction. The modest and very basic extension of government assistance to all Americans is about to come under assault from a man who, as an adult, actually read Ayn Rand for pleasure and advice. Vidal would drop a pantload over that.

Third, if you cannot see why the ridiculous impeachment of Bill Clinton matters, you're not paying attention to the vast array of impeachable offenses ahead. The fire sale already happened, and the high bidders are here to walk off with everything. The outrages to come are going to have far-reaching ramifications that will demonstrate serious breaches of the public trust are normal, everyday occurences. These are the things that are going to go flying by the windshield--probably too many of them to count. At no point in American History will you ever be able to say "I miss George W. Bush" more than you will on January 20. The vandals are inside the walls and it's too late to bury your coins in the atrium.