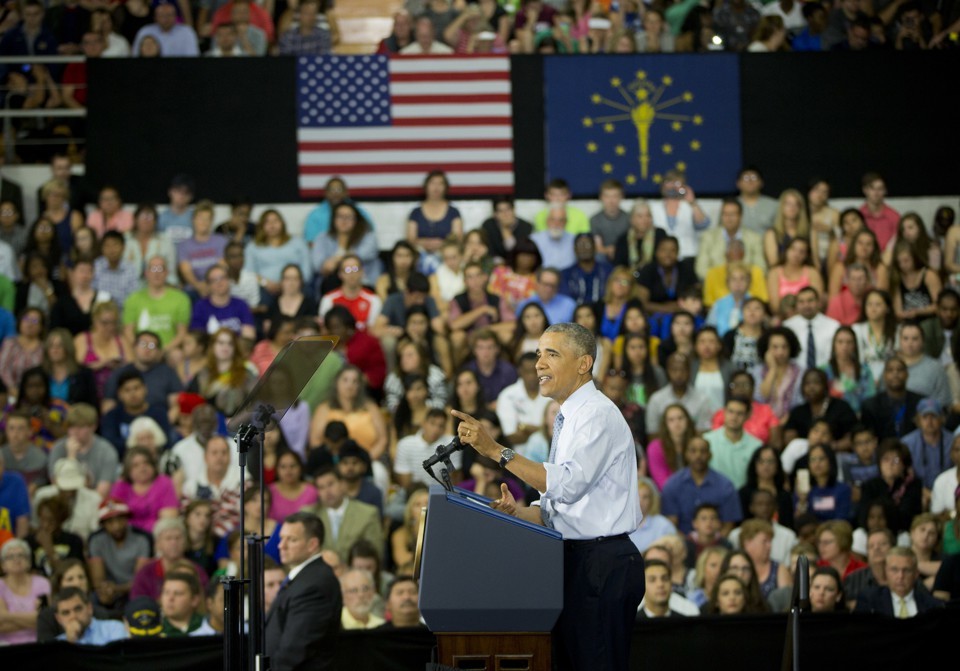 I realize that I am violating two firmly held convictions. One, don't call an entire American city a haven for assholery. Two, stop talking about politics.

Despite the verifiable fact that Democratic policies helped the city of Elkhart, Indiana recover from economic catastrophe, the vast majority of the people who live there would rather vote directly against their own economic self-interests:

As people become increasingly loyal to their parties, they are unlikely to give leaders from the other party credit for much of anything positive. Both sides are instead more likely to believe narratives that suggest that the other party has only made things worse.

“People’s predispositions affect their factual beliefs about the world,” said Brendan Nyhan, a professor of government at Dartmouth College who has researched why people believe what they do about politics. “What we want to be true influences what we believe to be true.”

Indeed, as the economy began improving, Elkhart voters grew less likely to support  Democratic candidates for president. Obama won 44 percent of the vote in Elkhart County in 2008, 36 percent in 2012, and Clinton received just 31 percent in 2016.

Of course, there are many reasons why people in Elkhart might dislike Obama that have nothing to do with his role in the economy. Ed Neufeldt, whose daughter and two son-in-laws now work in the RV industry after losing their jobs in it during the recession, told me he thought Obama was responsible for improving the economy in Elkhart, but that he still didn’t like the president because of his stance on abortion.

And it could be, as my colleague Derek Thompson has argued, that a president doesn’t have that big of a role in growing the economy anyways. But I interviewed more than a dozen people in Elkhart about the economy and their political beliefs, and I was surprised to find a strong conviction among locals that the Obama administration played absolutely no role in Elkhart’s economic revival. Though people largely admitted that the city’s economy has vastly improved since 2009, only Neufeldt believed Obama had anything to do with that. Instead, the majority of people said they were waiting for Republicans to take over to see any meaningful change. They told me that the city has been revived not because of Obama’s bailout of the auto industry, which helped some RV suppliers, or his stimulus bill, which poured money into Indiana and other states across the Midwest. The economy might have improved, they said, but it did so despite who was in office nationally, not because of him.