Until This Moment, I Think I Never Really Gauged Your Cruelty 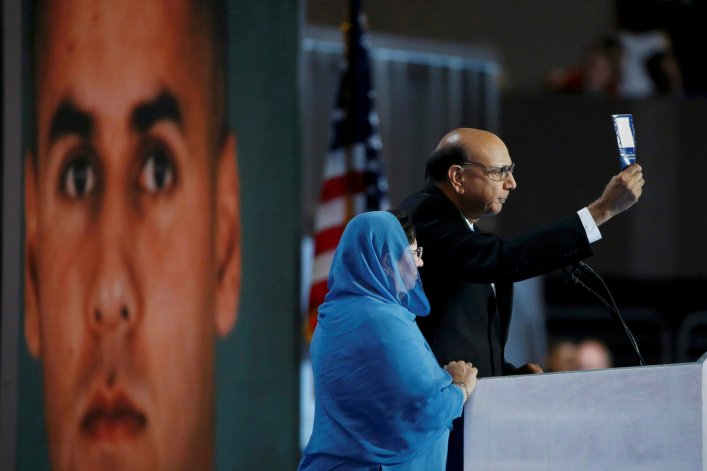 James Fallows wrote over the weekend about the incredible cruelty of Donald Trump. He cited the Army McCarthy hearings of 1954, and the exchange between Joseph Welch and Senator Joe McCarthy in 1954, and made the point that, for Trump, there are no lines that cannot be crossed and there is nothing he won't say to inflict hurt upon another person.

The same can be said for Trump's former employee (let's face it, he's still working for him in some capacity) Roger Stone:

Roger Stone, a longtime friend and confidant to Donald Trump, jumped into the fray over Khizr Khan’s scathing criticism of the Republican presidential nominee on Sunday, calling Khan a “Muslim Brotherhood agent.” Khan, the father of slain American war hero Humayun Khan, slammed Trump for his anti-Muslim rhetoric and “schoolyard bullying” in a DNC speech last week. His comments prompted a great deal of praise, but they also triggered a spat between Trump and the Khan family, with Trump questioning why Khan’s wife did not speak during the DNC speech. While Trump’s VP on Sunday apparently engaged in damage control by saying Trump “adores” the Khan family, Stone took to Twitter to write: “Mr. Khan more than an aggrieved father of a Muslim son—he’s Muslim Brotherhood agent helping Hillary.” Stone then linked to a conspiracy theory website claiming Khan’s son was killed not as a hero in Iraq, but as a Muslim on an “Islamist mission” killed before he could complete it. Trump has not yet commented on Stone’s remarks.

A pro-Trump conspiracy theory website told a lie and Roger Stone repeated it. This makes it news? Why didn't everyone just throw up their hands and walk away? At some point, you have to stop repeating this bullshit. These are cruel and soulless people. and that appears to be the entirety of their appeal to far too many Americans.