Trump Supporter Kicked Out For Being Half Indian 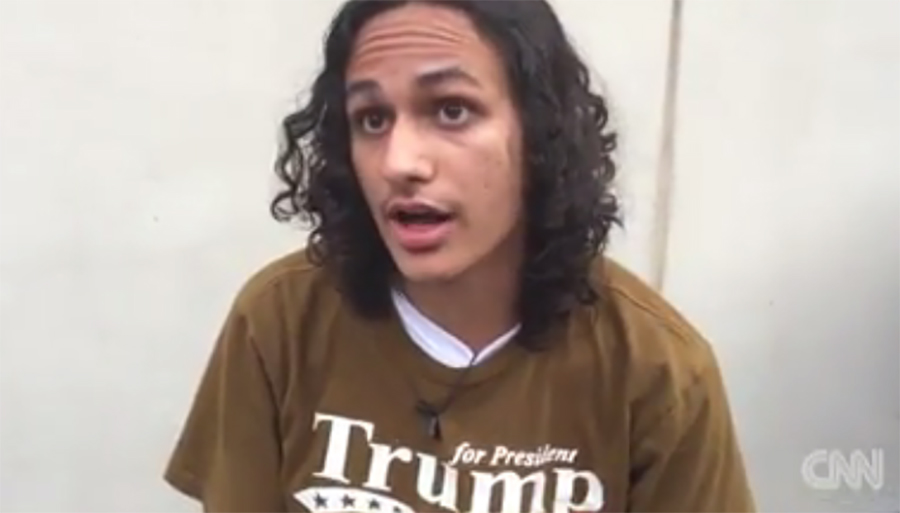 Today, the White Nationalism Party, which has the initials GOP, held a rally in Nuremberg and things went south from there:

A man who identified himself as half-Indian was escorted out of a Donald Trump rally on Thursday out of concern that he was a protester, but the man insisted he was a Trump supporter and said he feels that he was racially profiled.

Jake Anantha, an 18-year-old from Charlotte, was approached by a member of Trump's security team and then ushered out by police. He was told that he resembled another man who had previously disrupted Trump rallies.

"I told him I've never been to another rally in my life," Anantha said. "I'm a huge Trump supporter. I would never protest against Trump."

Anantha is a registered Republican, according to state voter records, who registered to vote in March. Anantha, who said he's a student at Central Piedmont Community College, was wearing a pro-Trump shirt with another pro-Trump shirt underneath.

I have no idea why the Trump campaign continues to hold rallies in Nuremberg, but I have seen reports that they have confused it with Charlotte, North Carolina, which is not the same thing, obviously. The addition of Stephen K. "Race" Bannon to the campaign has meant that Trump is going to double down on white nationalism and white pride, and, for that, we have to wonder who, exactly, turned Trump down before he got to the guy who runs Breitbart.com.

You would think that Mr. Anantha would begin to show some self-awareness and see that he is a vocal supporter of a political movement that throws people who look like him out of arenas before they actually say or do anything wrong. You'd be wrong.

I thought it was a great touch when they landed the Zeppelin on the field and Trump waved at everyone with his riding crop. These little touches help people feel like they're part of a movement. God, I'm fucking sick of writing about politics.