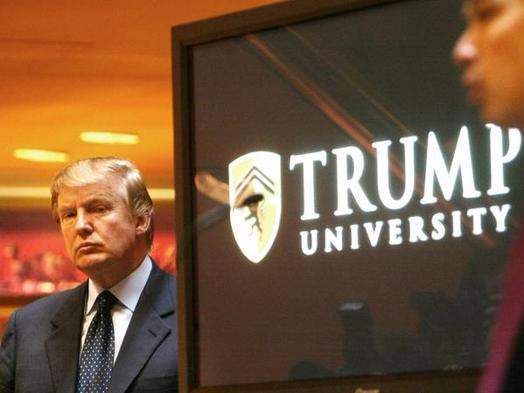 Man, what a failure of a story:

For Trump, the Problem Isn't the Message. It's the Messenger.

The 2016 presidential election has solidified into a referendum on Republican nominee Donald Trump. And it's the man - not his message - that's creating the stark choice that voters must make in November between two unpopular nominees.

A new poll from NBC News and the Wall Street Journal shows that a broad majority of voters agree with Trump's assertion that the nation is at a "moment of crisis" and that threats of terrorism and violence against law enforcement officers "threaten our very way of life." Half of voters report wanting a shakeup in Washington. A slim majority - 53 percent - also say that law and order in the country have broken down, one of Trump's top talking points in the weeks leading up to the Republican National Convention. And while the share of Americans who feel that the nation is headed in the right direction has ticked up slightly, more than six-in-ten still say the country is off on the wrong track, echoing Trump's grim depiction of the future if he is not elected in November.

Trump's message is appropriate only when screamed from a balcony over a sea of coal scuttle helmets.

Missing from this is the context of what Trump wants to do to race relations in this country. When you put everything he says into context, of course his message is wrong from America. It's insane and unworkable, unrealistic and detached from any previous understanding of how a candidate from one of the two major parties runs for president. The normal is subverted by personality. Trump is proof that if you run for President on Twitter, no one will comprehend your message. Missing from it is the fact that the "change" he wants to bring to Washington would paralyze the economy, wreck millions of lives, and lead to precipitous decline.

If the country is on the "wrong track," then what is Trump proposing to do about it? Start trade wars, abandon our allies, build a wall between us and Mexico, cede the world to Russia, leave Japan defenseless, and ban Muslims from coming to this country? That's not going to do anything to correct our problems, many of which begin and end with the fact that the House of Representatives is in the hands of crazy people.

The "messenger" and the "message" are unhinged white supremacy, and the people that it appeals to live on the marginal fringes of American society, economically and socially. They're not winning anything other than media attention.