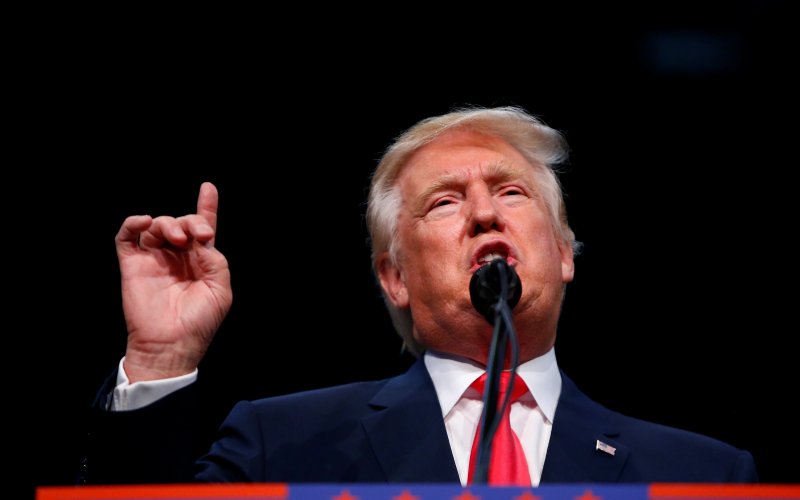 The only reason why Donald Trump would exit the race for the presidency is if his business took a nose dive and started costing him money.

That's actually happening as we speak:

There has been an interesting arc over the last year. Before Trump announced his presidential bid, foot traffic to his properties was steady year-over-year — and maybe even saw a small uptick. After he entered the race, his branded properties failed to get their usual summertime traffic gains. In August 2015, the share of people coming to all Trump-branded properties was down 17% from the year before.

These losses stabilized to single digits for a number of months, but as Primary voting season hit full swing in March 2016, share losses grew again. Trump properties did not get their usual springtime bounce of travelers and locals. March share was down 17% once more.

The properties that were hardest hit were the Trump SoHo, Trump International Hotel & Tower Chicago and Trump Taj Mahal, down 17–24% in raw foot traffic this past year as compared to the previous year. Incidentally, Trump Taj Mahal just yesterday announced that it will be closing its doors after Labor Day, citing an ongoing employee strike as the reason; our foot traffic report shows the problems ran deeper.

This is what "foot traffic" looks like when it is broken down by gender. Note that this is for the "blue states" and here's why that distinction matters: in order to win the presidency, Trump has to break up the Obama coalition and claim several of these blue states for himself (Florida, Ohio, New Jersey and Pennsylvania are all critical states where he needs to compete for votes). 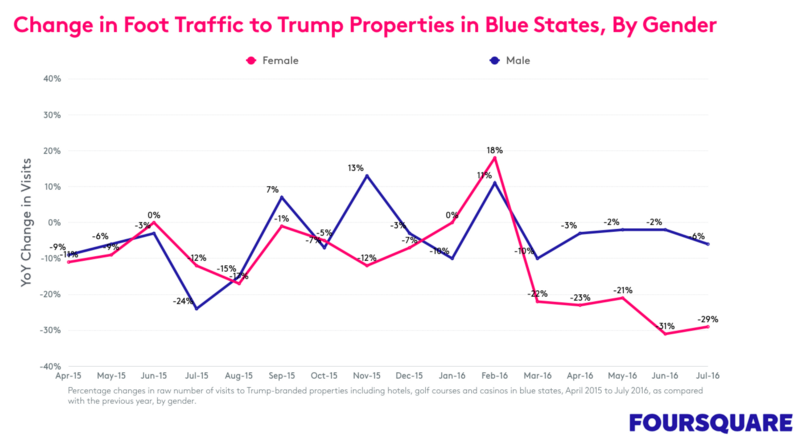 The precipitous drop in women who are embracing the Trump brand indicates to me that he's losing quite a bit of money when he acts like an asshole. Some people can't help themselves. Trump will start to care about these things as soon as it affects his bottom line.