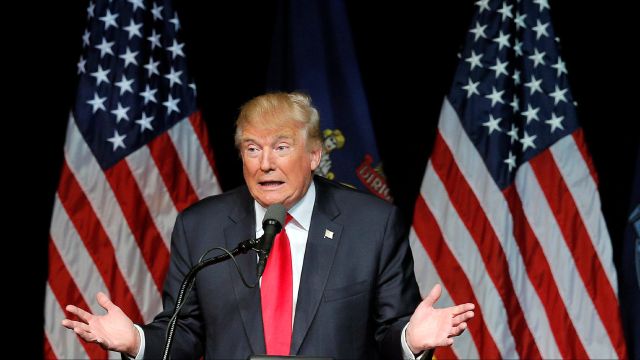 What are people going to write about after this election? If you work for the New York Times, you're probably wondering what the hell happened to this country. Donald Trump has reduced America's democratic process to farce:

I don't know about you, but why are Donald Trump's employees showing him negative articles? You'd think they would be steering the boss away from that stuff.

Fully a year ago, I think a lot of us expected to be writing about Jeb Bush or Marco Rubio. If they were running for president right now, either one of them would probably be leading Hillary because of all the negative press she's gotten. Behind Bush or Rubio would be the full weight and support of the Republican Party establishment--an entire infrastructure that Trump currently does not have that would control messaging, access, scheduling, and spending.

The fact that the race is as close as it is with Trump ignoring all conventional wisdom and all established practices found in the way we conduct ourselves in public says a lot about how utterly broken everything is in terms of how information is being shared with the voters.

Americans are hearing all of this, without context, and they are solidly behind Trump. That's absolutely shocking. Trump and his followers will not accept defeat. They will not accept a loss in November. The groundwork is already being laid for a massive display of resistance to the final results of the election.

To them, everything is rigged so what is there to lose?