The Trump Campaign Looks Like Lord of the Flies 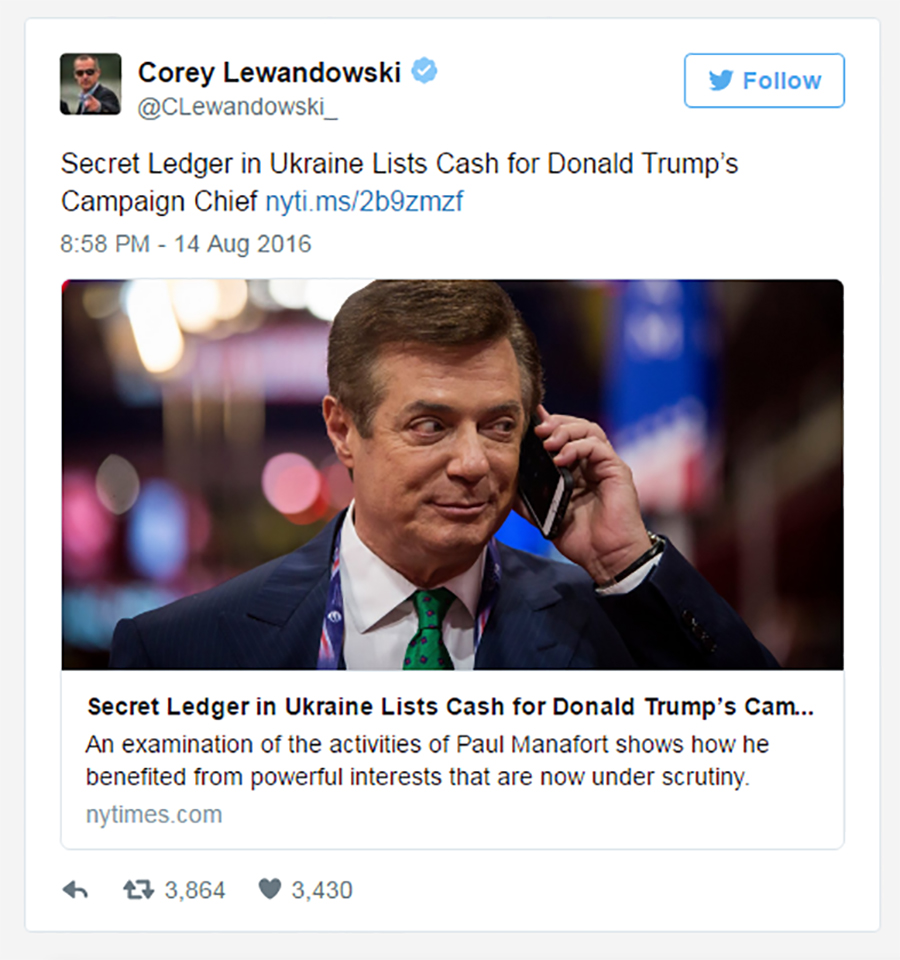 This tweet appears to be perfectly timed to help Donald Trump make up his mind whether or not to throw Paul Manafort to the wolves. If Trump fires Manafort, that means several things. One, everything that goes wrong from here on out can be blamed on Manafort. Two, if Trump loses, it means that the blame will be placed on the infighting of a dysfunctional and unprofessional campaign team. Three, it means Corey Lewandowski has had his revenge upon the Trump spawn.