The Trump Campaign is a Fiasco 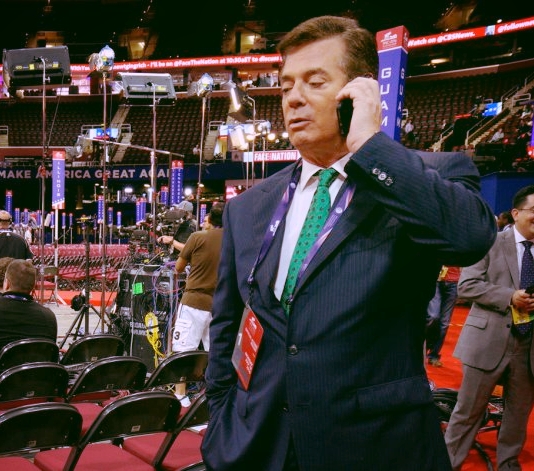 You already knew that this was going to happen:

Republican presidential nominee Donald Trump has diminished the role of campaign chairman Paul Manafort and brought on Breitbart News executive Stephen Bannon and Republican pollster Kellyanne Conway. Bannon has been named the campaign’s new chief executive, and Conway will become campaign manager. According to TheWashington Post, the decision is intended to curtail Manafort’s efforts to temper Trump’s campaign style. Trump had reportedly begun to feel “boxed in” and “controlled.” Manafort will remain part of the team, but his role will be internally diminished. The decisions, essentially, are a way for Trump to return to former aide Corey Lewandowski’s style, which was “let Trump be Trump.”

Before Trump faces the voters, Manafort might end up facing criminal charges:

Republican presidential candidate Donald Trump’s campaign chairman, Paul Manafort, is reported to have helped a pro-Russian governing party in Ukraine transfer more than $2 million to Washington lobbying firms without disclosing the effort. According to the AP, Manafort helped route the payments in 2012 and kept from being disclosed the attempt to influence U.S. governing and policy. U.S. lobbyists are required to publicly note the representation of foreign interests, political parties, or leaders under federal law. Failing to do so is a felony and can lead to prison time and a hefty fine, the AP reports. Trump and Manafort have both received recent criticism for their potential ties and friendly relationship with Russian President Vladimir Putin. Manafort’s position on the Trump team was diminished late Tuesday as Trump brought in new top aides to run the campaign.

Here's how big Manafort's balls are--he probably thought that if he helped Trump get elected President, he'd have someone who could pardon him for all of the shady deals he was arranging between Russia, the old pro-Russian Ukrainian regime, and his buddies in Washington D.C. For about five minutes this summer, right after the GOP convention, it looked like there was going to be a moment where Manafort would get away with it if it wasn't with all of you meddling kids pointing out that Trump was a crazy bastard.

Not only are we in the midst of seeing the GOP nominee for president flame out like a MiG-15 over Korea, but we are also witnessing one of the greatest political fiascos in our lifetime. The outsider, Donald Trump, has now handed his campaign over to the kind of Republican insiders who couldn't beat him in the primaries. With less than 90 days to go before the general election in November, the GOP nominee is on his third campaign manager--the first two having faced assault charges and accusations of laundering money for the Russian government. You couldn't make this up if you wanted to.

Of course, all we're going to see from Mark Halperin are stories about how "Dems are in disarray" and Hillary's mean streak is the reason why Trump's campaign is run by crooks.

Everything is on fire. Everyone is running for the exits. Next thing you know, Trump will grab his chest and fall over like Redd Foxx in a Sanford and Son re-run, and it'll all be fake, of course.. It's the big one, Elizabeth, and he's coming to see ya.