The House Judiciary Committee is Pathetic and Sad 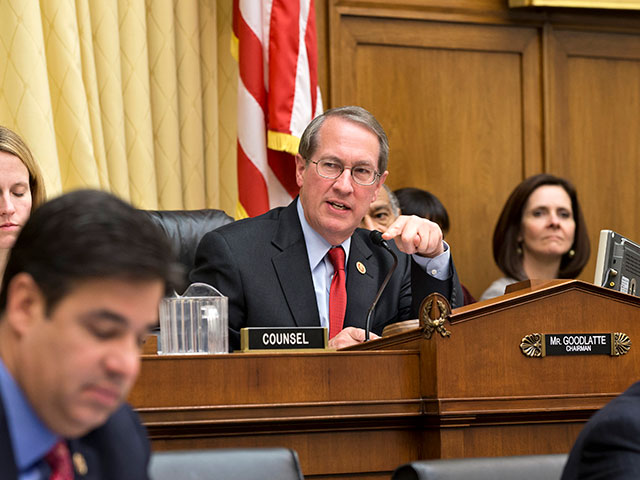 Guess how desperate they are in the U.S. House of Representatives?

House Republicans are doubling down in their effort to bring perjury charges against Hillary Clinton over her testimony last year to the House Select Committee on Benghazi.

GOP lawmakers have claimed that the Democratic presidential nominee broke the law by lying under oath about her private email setup during her marathon appearance in October.

Next month, Republicans on the House Judiciary Committee plan to make the issue a central part of a hearing with senior officials from the FBI, a committee aide said on Thursday.

Legally, the GOP faces a tough case. Politically, however, raising the perjury allegations would be a way to keep the issue of Clinton’s truthfulness in the public eye throughout the fall as she battles Republican nominee Donald Trump for the White House.

Proving that someone committed perjury means overcoming a high hurdle: that the person knowingly told a falsehood under oath.

Convincing lawyers at the Department of Justice to take the case would also be difficult because prosecutors would have to prove that what the former secretary of State said during the 11-hour hearing was directly at odds with the truth.

“There is no case,” said Stephen Ryan, a former federal prosecutor and general counsel for the Democratic-run Senate Government Affairs Committee, bluntly.

“Even if you tried to step back from the politically-laden nature that this was the Democratic presidential nominee and you look at it, there’s no way the Department of Justice would touch a case like that.”

I don't know what's worse--the fact that these are ginned-up charges being brought in the middle of a presidential election or the fact that many of these same House members are going to have to spend a lot of time back home trying to hold onto their seats because Donald Trump is sinking their chances. The only thing missing will be someone dressed in a Benghazi costume (what the hell?) who follows Hillary around, screaming "Benghazi!" at every rally while someone films it for the Benghazi channel. Sheesh.

This is where someone has to stand up and ask them if they have any decency, at long last. There is no fake scandal in American history that has been more discussed or litigated and investigated and reviewed than Benghazi. It's what? Eighty days to the election? And the House wants to talk about Benghazi. Nothing about Trump's ties to Russia. Nothing about how he called for espionage against a political opponent and against a political party. Nothing about how his former campaign manager was walking around with cash stuffed in his pants that was given to him by the former ruling party of Ukraine and was intended to help him sway American popular opinion about something they don't care about. Nothing about Trump's taxes, which would be a welcome sight right about now.

If this isn't an incentive for Democrats to take back the house and strip the oversight and compliance authority right out of their hands, then what the hell is? When and if a bombshell drops from the House Judiciary Committee, remember one thing--these people can't touch Hillary and they know it. They're just flinging poo at the walls.