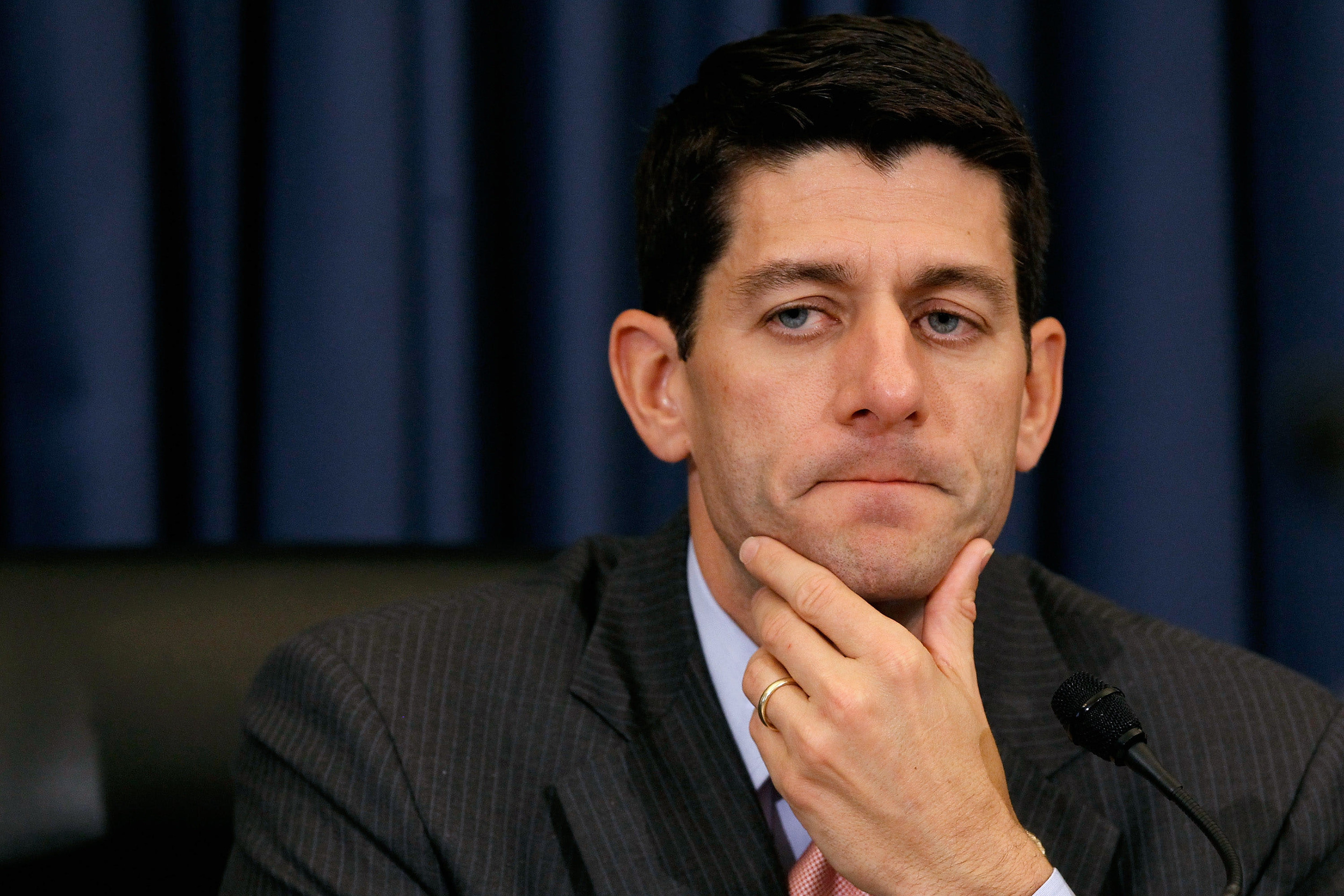 Paul Ryan is a chump:

House Speaker Paul Ryan stood by his endorsement of Donald Trump Thursday, but didn't rule out withdrawing it at some point in the future should he deem that necessary.

"None of these things are ever blank checks, that goes with any situation in any kind of race," Ryan said in a radio interview with WTAQ's Jerry Bader in his Wisconsin district.

Ryan added his reason for backing Trump is that "he won the delegates, he won the thing fair and square it's just that simple."

The speaker also shrugged off Trump saying earlier this week he wasn't "there yet" on endorsing Ryan in his upcoming primary next Tuesday.

"The only endorsements I want are those of my own employers in the first congressional district, that's really what my focus is," Ryan said.

So, a day after being absolutely humiliated by Donald Trump, Speaker Ryan has to sit there and take it because what other option is there? He's in a tight primary race back home and he could lose his seat. He could lose his position as Speaker if he angers too many of the crazed zealots who threw John Boehner out of office (and how would you like to have the peace of mind that Boehner has right now?). He stuck his neck out for Donald Trump and had it chopped off as an afterthought.

He's been made to look like the same kind of chump that Newt Gingrich and Chris Christie have been all along. He looks like like a sucker and there's nothing he can do about it. Oh, the humanity of it all. To be the beneficiary of polite white supremacy for decades and then end up being pantsed in front of the whole country by a small handed bigot. It's enough to make you want to take up lobbying.

Do you think these people sit around and wonder what life would be like right now if they had come out in February and supported Jeb Bush? They must be kicking themselves right now. And the one doing most of the kicking has to be Ryan.