Take Away Their Phones 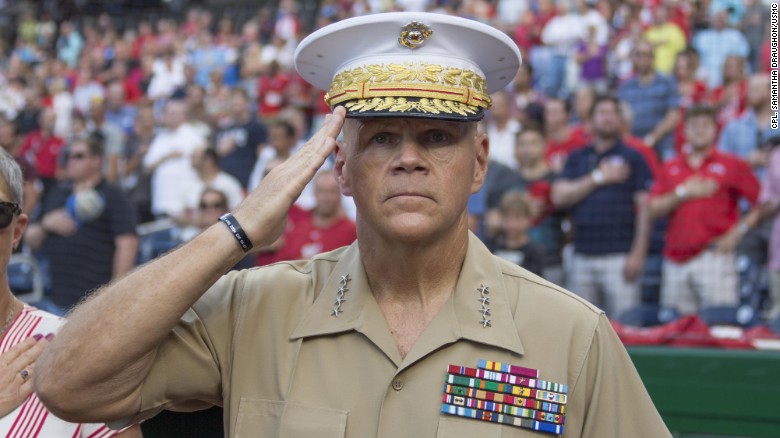 I found this amusing and strange:

US Marines need to put away their cell phones, forget about their fancy coffees and get back to doing what Marines used to do -- dig a foxhole, cover up, stay quiet and be wary, the Corps' top officer says.

Speaking at a conference on the future of expeditionary warfare at the Washington-based Center for Strategic and International Studies on Tuesday, Gen. Robert B. Neller, commandant of the Marines Corps, said today's Marines have gotten a little too comfortable with modern conveniences in a way that could prove disastrous on the battlefield.

Neller said the Marines and Navy had seen exercises in which their personnel's use of mobile devices could give away positions to adversaries.

"What do you think the largest electromagnetic signature in the entire MEF headquarters emanated from? The billeting area. Why? Because everybody had their phone on. So we're going to have to take everybody's phone away from them?" he asked.

First of all, I had a cellphone when I was on active duty. This was in 2001. Cell phones back then basically did two things. They had the ability to place calls and they had the ability to take calls. I didn't know what texting was. I think it had a crude clock on it. And in order to make calls, I had to pay ten dollars to a vendor outside of Camp Humphreys, South Korea to put minutes on the phone using some scratch card and "magic." I had no idea how to add minutes to the damned thing. It worked great, but it never really struck me as anything other than being a phone connected to a cellular network.

Second, it did go on exercises with me. But, if the balloon had gone up, of course I wouldn't have used it. Knowing that the signal connected to a cell tower meant anyone exploiting that network could triangulate me. So, whatever.

Flash forward to today. People taking the cell phones onto field exercises is one thing. I get that. People taking their personal cell phones into the field during wartime is totally something else. I don't know why they allow it. Seems pretty odd to me, given how easy it is to exploit not only the GPS on the phone but the actual signal as well. The text messages are also very easy to intercept if you have control of the cellular network. Yes, there's encryption, but our foreign adversaries are much more advanced with regards to collecting signals intelligence than we ever give them credit for.

I think the general just wants Marines to be Marines again. And that's typical of someone who takes command and thinks everyone around him is another Vin Diesel candy-assed mama's boy who pissed of the Rock. I saw it all the time in the Army. While stationed at a very strategic site and while in a very strategic unit, the brigade Command Sergeant Major made a point of telling everyone that we were going to act like a "tactical" unit and behave like one. The only problem being, no one had more than a laundry bag full of actual military equipment (a helmet and a load bearing vest and a belt is probably the lion's share of what was issued to us) and no one had their own rifle. We all shared rifles when qualifying once per year on 25 meter paper targets. Woo hoo! Tactical!

You're going to hear things like this and wonder if the military is soft. Well, think about it. The military is now full of thousands and thousands of combat veterans. Everyone with a minor defect is being kicked out because of downsizing. The gear is second to none because we have gone through a massive transformation of the military due to the wars in Afghanistan and Iraq (at the start, we were in woodland camo BDUs, leather boots and black berets; today, they're in digitals, suede boots, and they're back in the good old soft caps--common sense has returned).

The military is not soft. People have phones! So what? If you make a rule that says that you have to secure your phone before you go to the field, institute punishments and whatnot for anyone who doesn't follow procedure. They must have had this problem when the Walkman was invented. Where did you hide your cassette tapes? Well, when I went to basic training in 1996, I just put the Walkman and the tapes in a bag and I didn't see it for two months. These things aren't hard to figure out.

No way was I taking compact discs to Fort Leonard Wood, Missouri. That simply would not do.