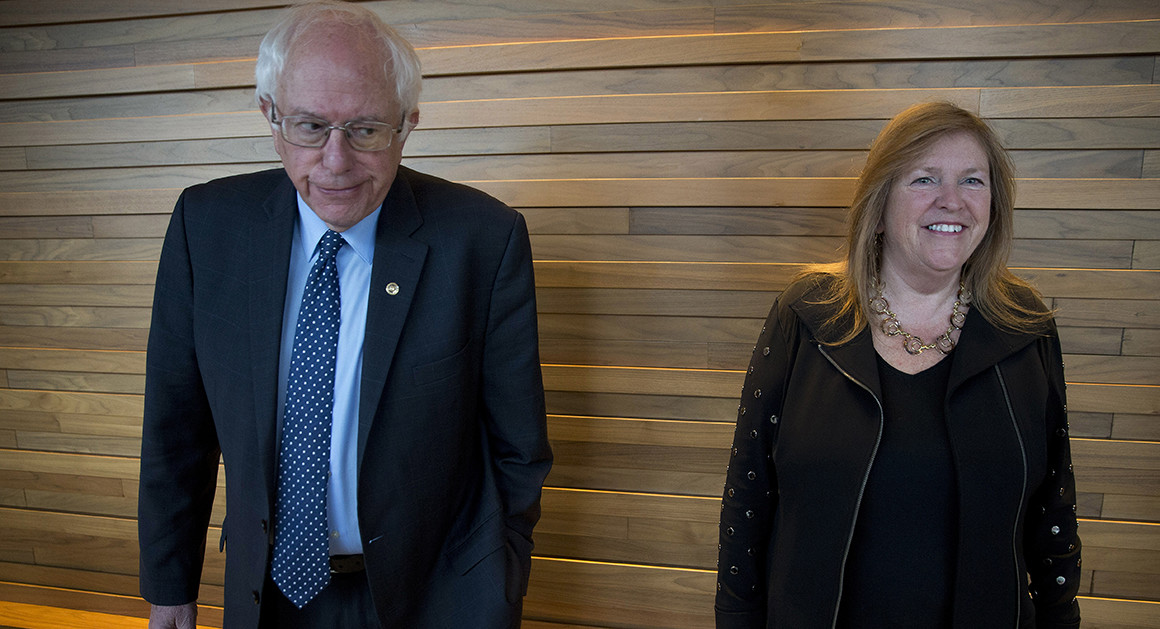 Bernie Sanders and his wife Jane are wealthy, so shut up, peasants:

Sen. Bernie Sanders has pushed hard for transparency on U.S. trade and campaign finance, but has been far less aggressive in disclosing his own personal finances.

Now his wife and campaign confidante, Jane O’Meara Sanders, is defending the senator’s decision not to file a candidate personal finance disclosure and talking about the purchase of a new vacation home.

Sanders and his campaign asked the Federal Election Commission for two 45-day extensions, in mid-May and late June, on filing the personal finance disclosures candidates are usually required to produce, and then decided not to file at all once he dropped out of the race and endorsed Democratic presidential nominee Hillary Clinton, Jane Sanders confirmed Thursday.

“I guess our campaign just said ‘why bother’,” said the wife of the Vermont independent senator who challenged Clinton for the Democratic nomination.

Bernie Sanders and his wife have done serious damage to the Democratic Party. They were part of a movement that drained a quarter of a billion dollars in donations out of the economy and into the coffers of some really shady ad agencies. Every day, during the primary season, Sanders was inflicting pain on people who believed in Hillary Clinton. He relentlessly attacked her ties to Wall Street and decried her ability to raise money from wealthy donors. His speeches, his ads, and his surrogates were self-righteous to the point of hilarity in the face of his inability to release his tax returns or file financial disclosure forms. The only hypocrite bigger than Bernie is Trump, and that's saying something.

If you don't have the decency to file paperwork to demonstrate that you are an ethical person, you don't have a right to question anyone else's ethics, period. That's exactly how Sanders gamed the system through the primary season, cynically funneling money to others while exhorting people with little or no money to give him $27 a pop.

But, none of that matters, because he and Jane have a third house, so shut up.