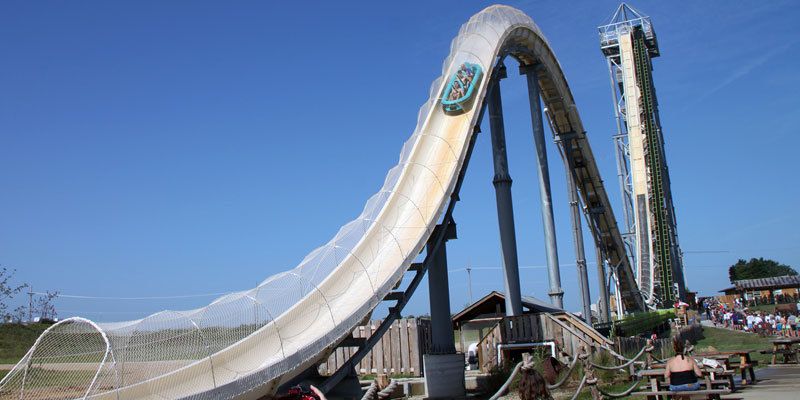 Someone had to write about this, and it is beginning to percolate through the media that when a state like Kansas throws government regulation out the window, people die. In the case of what happened at the Schlitterbahn water park near Kansas City, a tragic death should serve as a wake-up call for everyone who bitches about safety inspectors and government oversight:

"Safety is our top priority at Schlitterbahn," it reads. "All rides are inspected daily before opening."

But that's not because any agency, state or federal, requires it to do so.

Under Kansas law, "permanent rides" at amusement parks must be inspected only once a year — by a qualified inspector hired by the amusement park itself.

The state Labor Department, which administers the regulation, said Monday that it is "reviewing the matter."

Meanwhile, the U.S. Consumer Product Safety Commission hasn't had the power to oversee amusement parks for 35 years, after Congress stripped its authority in 1981 as part of a package of deregulatory budget cuts.

Kansas law, which I will guarantee you was written at least in part by lobbyists being paid by the theme park industry, says that a ride can be inspected once a year by someone hired by the park itself. That's more insane than the Goddamned ride itself.

You cannot trust the marketplace to police itself. You have to have someone watching and verifying and ensuring that public safety is being protected. Senator Elizabeth Warren has been telling us this for years--we need protections for consumers that are not wink-wink imaginary attempts at keeping people safe. We need advocates that are unbiased. We need someone with brains enough to look at the big, scary ride and say, "why were those test dummies flying off the thing and would you put your own kid on this thing?" We need really tough standards and we need to push back against this mentality that government oversight stifles competition and hurts the marketplace.

No, dummy. It keeps kids alive.

The difference between Hillary Clinton and Donald Trump couldn't be any clearer. Trump wants to end regulation and Hillary champions it as a way of keeping people safe. Kansas has experimented with the kind of crazy de-regulation that actually harms people and it has turned into a waking nightmare.