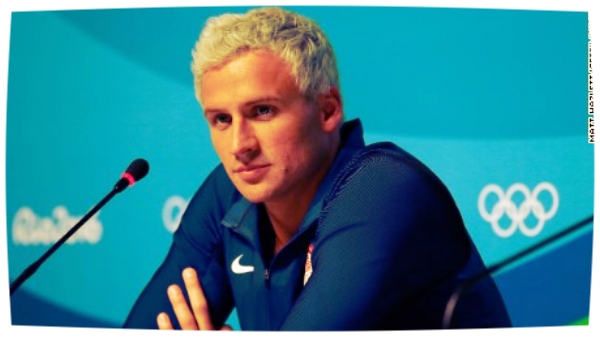 Ryan Lochte is "swim shady," a young man--no, scratch that. He's in his thirties.

Ryan Lochte is an asshole, but he's the kind of fun-loving asshole that the Trump campaign needs right now. He's in rest mode right now until we enter months of speculation from the US Olympic Committee as to whether or not they're going to ban him or let him compete in four years at the next Olympics.

Ryan Lochte is the Johnny Manziel of US Swimming, except for the fact that Lochte is old enough to know better.

Hope Solo is just glad that people stopped talking about her.

Ryan Lochte was Trump's first choice for a running mate this year. Trump-Lochte 2020!

Ryan Lochte just screwed himself out of several million dollars in endorsement money. Since there really isn't much money to be made in the PMSL, or the "Professional Men's Swimming League," which is a thing I just made up, endorsement deals are rare and hard to come by for Olympians who lose their shit and kick down doors on the bad side of town.