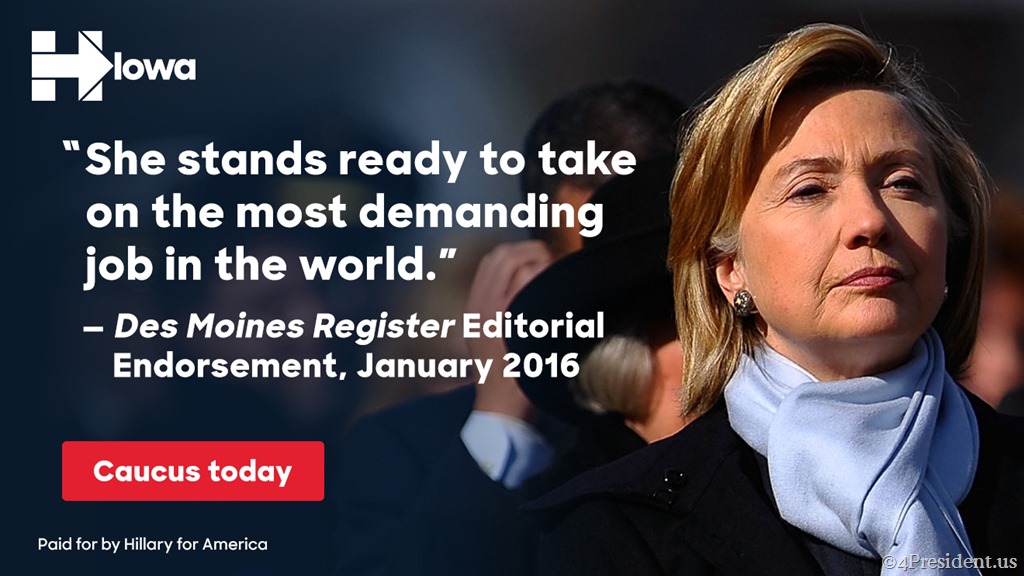 Why is Donald Trump sitting on $82 million dollars that could be spent on television ads in places like Iowa, Florida, and Ohio? That's a very good question:

Exactly two months ago, Hillary Clinton's campaign went up with its first general election TV ads in battleground states, and in that time it has spent $61 million over the airwaves, while pro-Clinton outside groups have chipped in an additional $43 million. That's a combined $104 million in total ad spending for Team Clinton.

But in that same time frame, Donald Trump's campaign still hasn't spent a single cent on a general-election ad, with two pro-Trump outside groups coming to the rescue with $12.4 million over the airwaves. That's a nearly 9-to-1 advantage in ad spending. And it raises some important questions for the Trump campaign. When will it FINALLY start airing advertisements (with him trailing in key states and nationally 84 days to go until Election Day)? What is Trump doing with his campaign money (after the New York Times reported two weeks ago that Trump and the GOP had raised a combined $82 million last month)? And will any other outside groups come to Trump's defense? Political scientists, you now have an amazing case study on your hands: What happens in a presidential race when one side owns the airwaves for two-straight months?

It's political malpractice on a grand scale. Trump is running against the media, not Hillary. He's blown both feet completely off and he's wondering when they'll grow back. This is the strangest general election campaign in a hundred years, if not more. When was the last time he sat down with reasonable adults and had a conversation? You'd think that he'd be trying to define himself, trying to earn more endorsements and reaching out to people in rural areas to energize them and get them behind his candidacy.

You would be wrong if you thought that. He's sleeping in his bed every night, and he's trying to get people in Wisconsin and Michigan to vote for him. Good luck with that.

If the Trump campaign keeps spending a grand total of nothing on ads, then it means that Trump can launder more money by paying himself to run for president. Pretty good gig if you can get it.