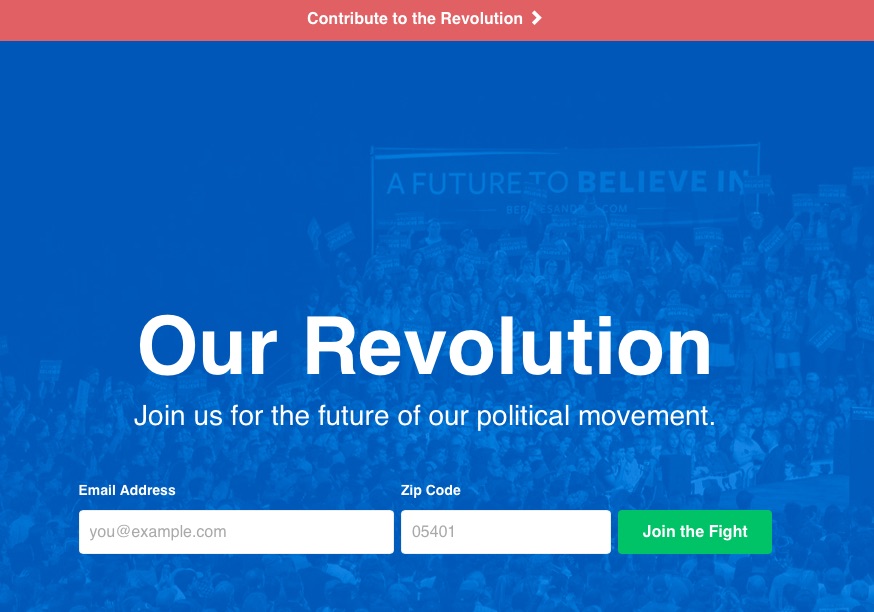 The next step for Bernie's movement is a new group called Our Revolution, which will fight to transform America and advance the progressive agenda that we believe in.

Wait, whose progressive agenda? Not mine, buddy. I want to see Democrats elected everywhere. Why not join that fight since that will bring you closer to a progressive agenda having a realistic chance of being passed in Congress?

At this stage of the process, creating a charity that sucks money away from the Democratic Party looks like ratfuckery to me, and that's what Sanders is up to. He's going to siphon money away from the process and use it for social welfare. That whole thing about working to keep Donald Trump out of office rings hollow since this is money the Democratic Party could use to take back the House and Senate and put Hillary Clinton in the White House. Apparently, the Sanders people have other plans and they don't include joining with the Democratic National Committee to fight the good fight.

In other words, thanks for nothing.