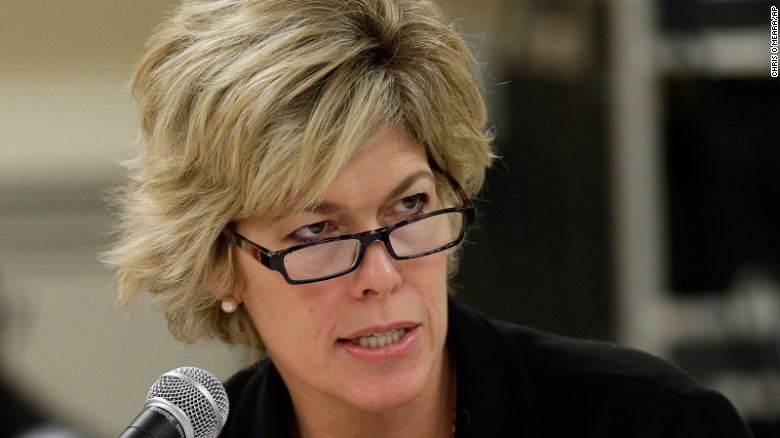 If Sally Bradshaw ends up on Donald Trump's radar, it will only end in tears.

Jeb Bush's top adviser, Sally Bradshaw, has left the Republican Party to become an independent, and says if the presidential race in Florida is close, she'll vote for Hillary Clinton.

Bradshaw, who's been close to the former Florida governor for decades and was senior adviser to his 2016 campaign, officially switched her registration to unaffiliated. She told CNN's Jamie Gangel in an email interview that the GOP is "at a crossroads and have nominated a total narcissist -- a misogynist -- a bigot."

No one outside of a few insiders has any idea who Bradshaw is and even they probably don't care about this story. That's because it isn't a story--Bradshaw is not the Speaker of the House or the Senate Majority Leader. She's not a big state Republican governor and she's not someone who wields any power or influence. When Trump calls her a loser, insults her looks, and makes a Jeb Bush joke, no one who supports him will change their minds about a Goddamned thing.

The real problem here is that Trump's behavior has been well known for decades, and it mirrors that of most of the white males in the Republican Party (everyone look sideways at Roger Ailes, okay?). The Republicans voted en masse for Trump because he's the logical extension of polite white supremacy in America. He brings in the blue collar voters who, theoretically, will form the bulwark of cannon fodder when the revolution starts. Someone has to field an army of poor whites to smash the power of the state. Might as well get Joe Sixpack in on the deal.

Bradshaw helped write the GOP's 2012 autopsy report. She should have left the party when her old boss Jeb Bush lost South Carolina, which, as you may or may not know, was ground zero for his own brother's vicious racial attack on the parentage of John McCain's daughter. Fuck the idea that these people weren't already racist as hell and smarter about it than Trump has been.

Where were these courageous people when he was announcing his candidacy over a year ago? When Trump was making fun of disabled people, why did you cover your ears and say "naah-naah-naah! I can't hear you!"

Where the fuckity fuck were you when this man was traipsing through the dusty corners of his own mind trying to find the President's birth certificate? Moreover, where were you when he and his dad were discriminating against African-American renters?

To denounce Trump now is a demonstration of how rotted out the Republican Party truly is. Only now is it safe to bail on a losing campaign that is being run straight into the ground by external proxies like Roger Stone and Corey Lewandowski.