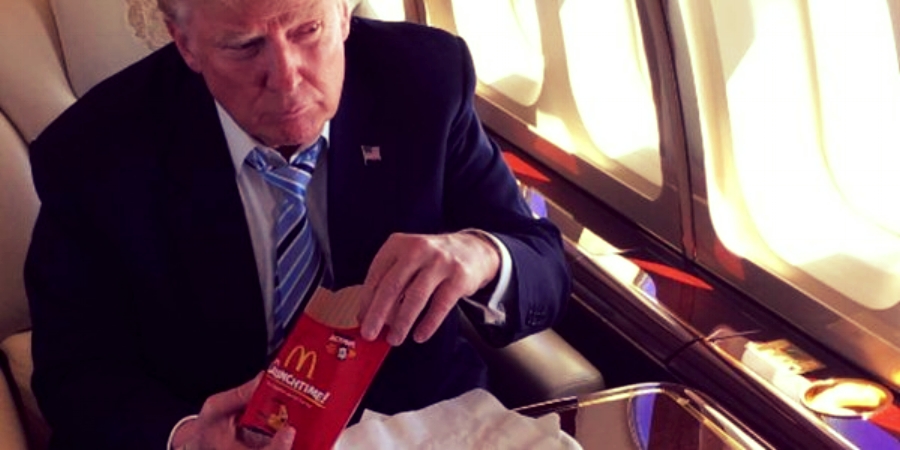 The Trump campaign is now, officially, a complete and utter fiasco. A good word for it would be Donaldshambles:

In what was billed as a major foreign policy address in Ohio, Donald Trump suggested—as he has in the past—that Hillary Clinton is somehow secretly ill. This time though, Clinton lacks the "mental and physical stamina" to take on ISIS, which comes just a week after conspiracy theories bubbled to the surface once again saying that the Democratic nominee has some terminal ailment.

Hillary Clinton is the most extensively investigated, examined, and vetted candidate in American history. There isn't anything we don't know about her. She's released her tax returns, she's given everyone access to her E-mails, and all of her medical history is practically in the public domain. She is the proverbial open book in American public life. She has traveled the world and has been all over America, campaigning and meeting with people.

Trump, on the other hand, eats like a pig in shit and sleeps in his own bed as often as he can.

Tell me again why writing about politics is supposed to be fun, please.