Diamond Joe Biden Will be Missed 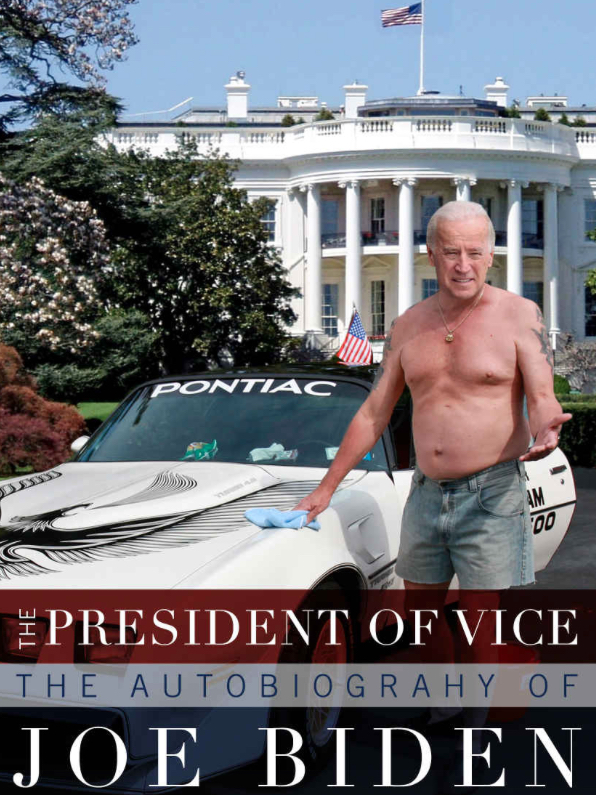 I'm going to miss Vice President Joe Biden. I suppose he'll get around to writing a sequel to this book, but, until he does, we can get into the way-back machine and remember what it was like in 2013 when this dropped and made people freak out.

The Onion is proud to present The President of Vice: The Autobiography of Joe Biden. In this scandalous memoir, America's favorite politician discusses his early years, before he became ultimate wingman to the leader of the free world. For the first time ever “Diamond” Joe discusses the formative experiences of his life, including his childhood selling hooch in Scranton, his years cruising college campuses picking up co-eds in a Del Rio, the grade-A tang he plowed in the summer of '87, and his "sweet ass gig" as Senator of Delaware.

Speaking of his own work, Vice President Biden says, "Amigo, you're just one click away from buying Uncle Joe's tell all autobiography. My sweetest guitar riffs, bustiest lays, wildest benders, and sexiest appropriation bills, it's all in there. You'll not only hear about me and my buddy Barack, but I guarantee you'll pick up some tricks that'll serve you well in the sack. Plus, I'm deep in the hole right now and really need the scratch."

I don't know anything about the Onion, but that's probably the only publishing house that would handle Biden's memoir. The real market for his book will appear when he has been out of office for a year or so, like most political memoirs. Biden will probably be more cutting than the President, but his time spent as Vice President will be no less important to remember. These last eight years have really transformed America, and Biden was there. Biden was there.

In the age of Trump, everything true looks like satire on purpose.