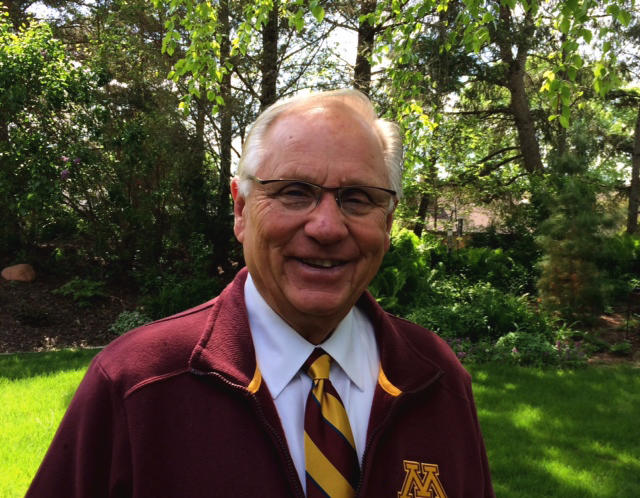 This is probably not a huge deal, but let's not forget who former Minnesota Governor Arne Carlson is. He's a moderate Republican who balanced budgets and worked to improve the economy of Minnesota. He handed the state over to Jesse Ventura, who promptly gave everyone a tax rebate. This opened the door for the disastrous Tim Pawlenty era which created a huge bubble of debt and coincided with a period of economic calamity.

Carlson has never been shy about telling people what he thinks. And for a successful Republican governor to endorse Hillary Clinton says a lot about where we are right now as a country:

Former Minnesota Gov. Arne Carlson is one of a growing number of prominent Republicans who say that come November they won’t be casting a vote for their party’s nominee, Donald Trump.

On WCCO Sunday Morning, Carlson said he likes Trump’s Democratic rival, Hillary Clinton, as a candidate, because she’s a public policy aficionado and she “really works well with others.”

What Carlson hopes Clinton will do is bring in prominent Republicans to work in bipartisan task forces, thereby creating a policy buffer between the White House and Congress.

“That way, you come into Congress, not just with a partisan plan, but with a bipartisan plan and tremendous buy-in, if you will, from the American people,” Carlson said. “I think she has the capacity to do that.”

Carlson, a longtime Republican, has often been critical of his party, saying that in recent years the GOP in the state has focused more on what people do in their bedrooms and less on how to improve the economy.

As for his proposal to play with the idea of bi-partisanship, forget it. There are no Republicans who will publicly work with Hillary Clinton. She's going to have to have huge amounts of leverage to get anything out of the Republican Party. She needs a mandate and full control of Congress to even dream about getting a jobs bill signed into law.