America Has a Problem in the Phillipines 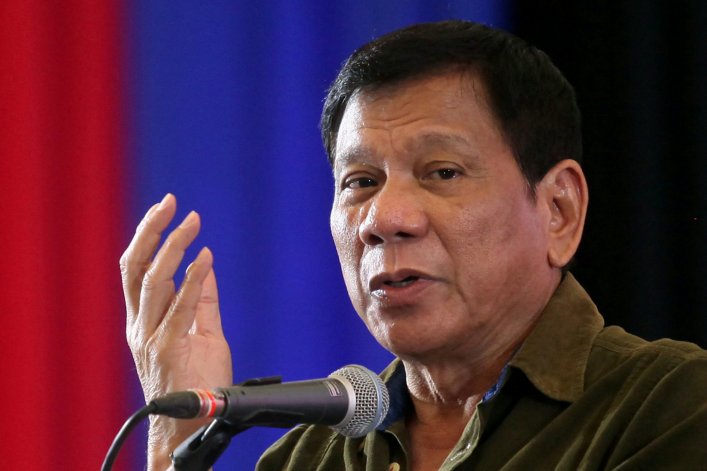 It's time to expel the ambassador from the Phillipines and call our own ambassador home:

Filipino President Rodrigo Duterte, known for his controversial remarks during his presidential campaign, has called the U.S. ambassador “gay” and “the son of a whore.” He reportedly used a local homophobic slur and said Ambassador Philip Goldberg had “pissed me off.” The remarks come after Goldberg criticized Duterte for saying he wanted to rape an Australian missionary who was murdered after she was sexually assaulted in a prison riot in the 1980s. On Friday, Duterte said, “He meddled during the elections, giving statements here and there. He was not supposed to do that.” Patrick Chuasoto, a Filipino envoy, was summoned in Washington, D.C. this week to discuss Duterte’s comments. “We had that conversation,” State Department spokeswoman Elizabeth Trudeau said. “I think what we were seeking is perhaps a better understanding of why that statement was made.” Duterte’s government has reportedly killed nearly 1,000 suspected drug dealers and users in the fewer than three months that he’s served as president.

The human rights violations of the Filipino government are worthy of United Nations involvement. But, behind the scenes is the activity of China in Filipino territorial water. The United States is the only naval power that could assist in defending Filipino territory. But, until they find a president who is not insane, they should be left to deal with the Chinese on their own.

This man, Duterte, is dangerous and unstable. The best thing you can say about him is he's no Donald Trump.