Who Does Donald Trump Think He Can Hit? 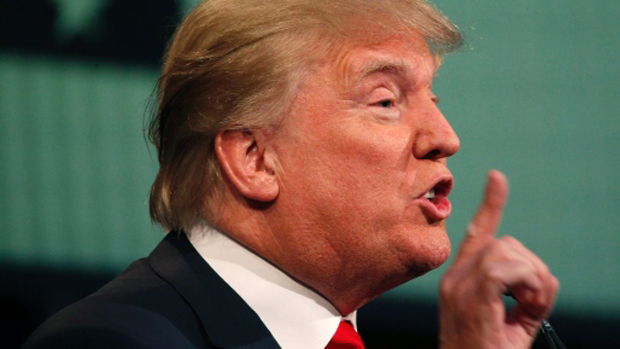 Donald Trump continues to be a legendary tough guy in his own mind:

Donald Trump, after hearing speeches at the Democratic convention this week, said Thursday he wanted to "hit a number of those speakers so hard, their heads would spin."

The Republican nominee zoomed in on one speaker especially, though he didn't mention his name.

We're not talking about Jeb Bush anymore. If Donald Trump tries to hit someone who can actually defend themselves, I don't think we should be worried about the impact. And I'm not talking about his soft, effeminate girly man hands. The act has grown thin and the follow through isn't what it used to be. It's all fake for the cameras. It's all staged and phony. Behind the scenes, someone drops a light bulb on the floor and Trump pisses himself with fear. It's more than smoke and mirrors--it's a con game.

Trump continues to think of himself as a tough, accomplished American hero. This is ridiculous. The man has never served his country, he's never sacrificed anything for the common good, and he's been spoonfed since birth. He's a self-licking ice cream cone.