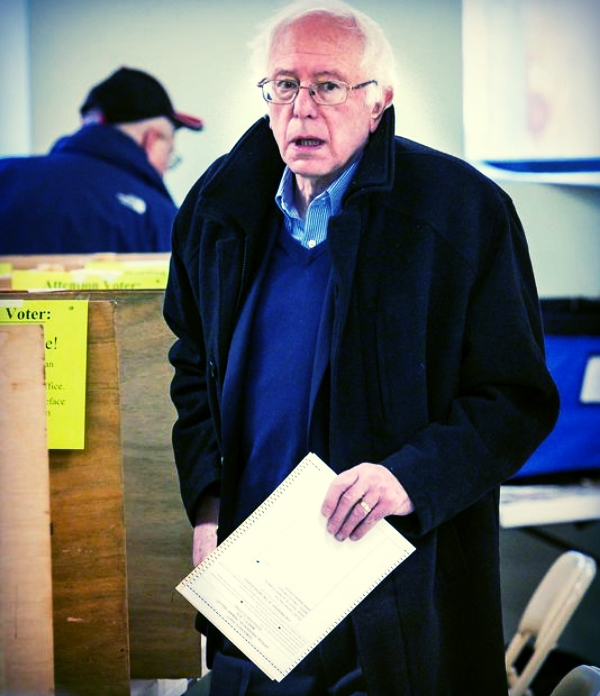 Not everyone who voted for Bernie Sanders has come around to the idea of supporting Hillary Clinton, but you already knew that. What you may not know is that more than a few of them are upset because they're suffering from a phenomenon called "vote shaming." This is where influential writers and commentators point out it is stupid to vote for people who have no chance of winning the presidency.

The spiritual home of those who have been vote shamed is Salon. This is where they share their delusional thinking and their hurt feelings:

[...] vote shaming seems to have caused unanticipated blowback. As mind boggling as it may be to consider, many Sanders supporters are actually suggesting they willchoose Trump over Clinton. A June 14 Bloomberg Politics national poll of likely voters in November’s election found that just over half of those who favored Sanders — 55 percent — plan to vote for Clinton.

According to Bloomberg, 22 percent of Sanders supporters say they’ll vote for Trump. They quote Laura Armes, a 43-year-old homemaker from Beeville, Texas, who participated in the poll and plans to vote Trump: “I’m a registered Democrat, but I cannot bring myself to vote for another establishment politician like Hillary. I don’t agree with a lot of what Trump says. But he won’t owe anybody. What you see is what you get.”

Stop and ponder how crazy that is for a moment. Frustration with establishment politics is so high that folks will vote for a misogynistic, racist, egomaniacal buffoon over a party insider. Anger over a sense that the primary season was rigged, that Clinton lacks integrity, and that the voting process was unjust has driven supporters of a progressive candidate toward one who has been repeatedly described as fascist.For some Sanders supporters, #NeverHillary can only mean Trump.

That false logic is a clear sign of how our democracy is rigged and our system is flawed: Voters frustrated with the system are planning to cast their votes within the same system.

Armes, like many other Sanders supporters, never considered a third option. It never occurred to her to vote for Green Party candidate Dr. Jill Stein, or Libertarian candidate Gary Johnson. Armes was thinking in the binary two-party logic that forces her to choose between either a Democrat or a Republican.

It's not "false logic" and it's not a "rigged" system. It's the American political system, and it has given us good and bad presidents and it has worked for over 200 years. It is no more rigged than it was in 1932 when it gave us Franklin Roosevelt and it's no more rigged than when it gave us James Buchanan in 1856. What's different is that people actually get to choose the nominee through a process of primaries and caucuses that is largely open to scrutiny. You have to take the good and the bad, and launching a broad indictment of the system while planning to vote for Jill Stein is laughable. How "sophisticated" is it to vote for someone who cannot win and who believes that vaccines might cause autism? I'm sorry--I can't take these people seriously anymore.

This attack on "winner take all" voting is indicative of another kind of absurd thinking--that the loser gets to dictate to the winner what happens next. The presidency--the Electoral College--the very basis of our democracy is "winner take all." Don't blame the Clintons for understanding this system better than everyone else. Don't call it rigged when someone figures out how to make the machine work for them. Come up with a better plan than that and grow up. Every election since the first two has been "rigged" and "fixed" if you want to be plain about it. Get over yourself. You're making Andrew Jackson look reasonable by comparison.

The problem with the Sanders people is that they cannot wrap their heads around the idea that they lost and that they need to continue to participate in a system that rejected their candidate. Participation does not end when the result goes another way. If it did, this country would consist of a string of armed encampments from sea to shining sea, each ungovernable and miserable. If their answer is to take their fee-fees and go play in the Donald Trump sandbox, then it stands to reason that they weren't as informed or as sophisticated as they made themselves out to be. Plenty of Sanders voters are coming home to the Democratic Party because they're mature, they care about other people, and they know that the system is not rigged.