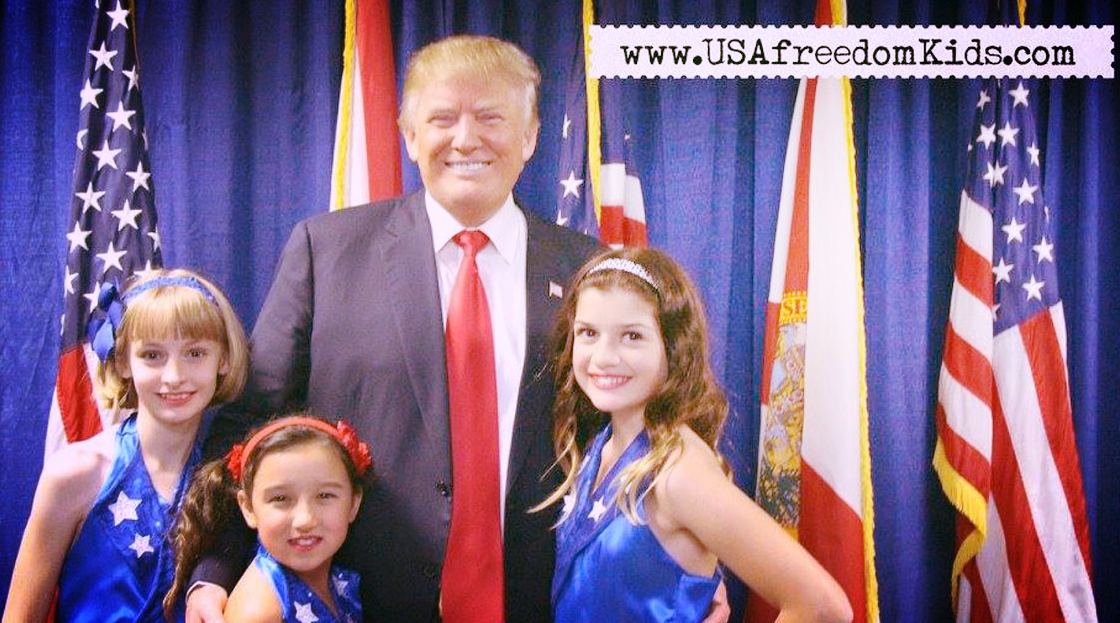 Anyone who thinks they are going to get paid after working for Donald Trump is in for a rude awakening:

The founder of viral pro-Trump tween singing group “USA Freedom Kids” now plans to sue the Republican presidential campaign for violating various unwritten agreements. The tween cheerleaders first achieved national fame after performing their song “Freedom’s Call”—with lyrics like “Deal from strength or get crushed!”—at Trump’s January rally in Pensacola, Florida. The group’s founder, Jeff Popick, father to the youngest member, claims it was at that rally that the campaign broke its promise for compensation; only to once again break financial and logistic promises at another rally at which they were scheduled to appear. “This is not a billion-dollar lawsuit,” Popick told the Washington Post. “I’m not looking to do battle with the Trump campaign, but I have to show my girls that this is the right thing.”

I hate to have to break it to this dumbass, but Trump's business model includes making sure that vendors don't get paid because he doesn't have any money. Everything he does is a sham and a fraud because there are suckers everywhere who want to be rub elbows with such a classy celebrity.

Really, it's not that hard to figure out, is it?