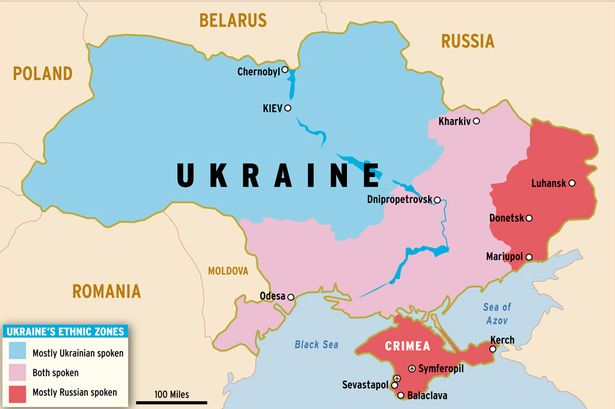 Talk about a disaster of an interview:

"Well, he's already there, isn't he?" Stephanoploulos responded, in a reference to Crimea, which Putin took from Ukraine in early 2014.

Trump said: "OK -- well, he's there in a certain way. But I'm not there. You have Obama there. And frankly, that whole part of the world is a mess under Obama with all the strength that you're talking about and all of the power of NATO and all of this. In the meantime, he's going away. He takes Crimea."

Read the whole thing. Donald Trump has no idea what's happening in the world, but he cues on the things he thinks he knows. Someone says NATO and Ukraine, and he has opinions that are not informed with knowledge. He doesn't read anything. He doesn't know what he's talking about. He delivers endlessly circular arguments and blames Obama for things when he senses that it has gone off the rails.

There is a credibility gap that the media needs to address. It doesn't matter what subject we're talking about--all Trump can do is lie. He lies about everything in front of him. Not only is Trump cruel but he's as stupid as any human being has ever gotten away with in public life. He's Louis Gohmert stupid with no self-awareness.

Truly, this is a dangerous man with nothing in his head. It's all gut reaction, bullshit, and rage.