There Are No Questions, Just Endless Examples of Indecency and Stupidity 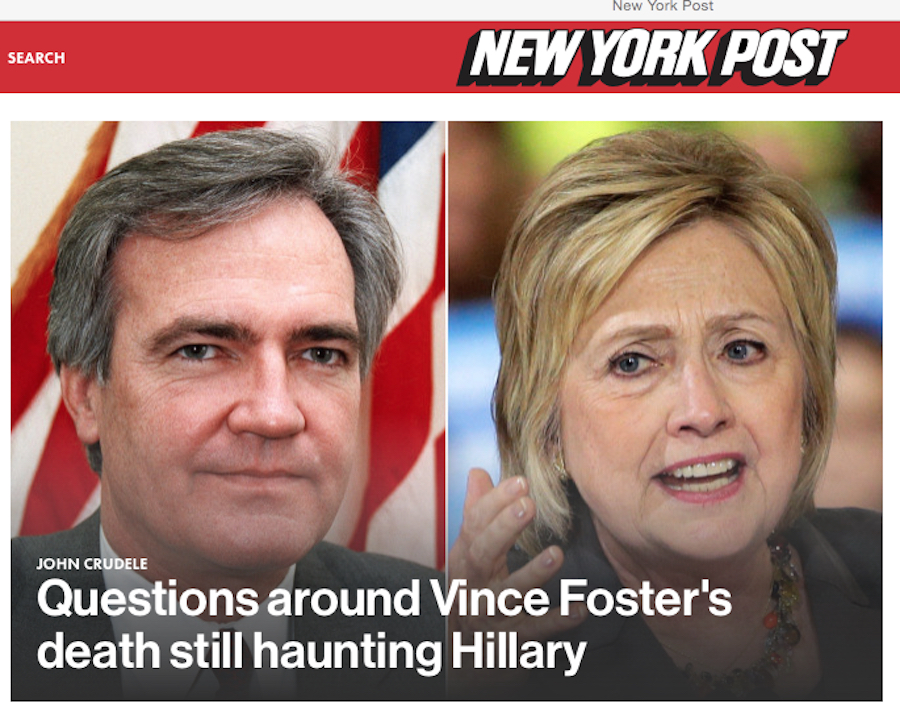 Special prosecutor Ken Starr had a lot of questions he wanted Hillary Clinton to answer regarding the death of Vince Foster, her good friend and a person her husband had known since boyhood.

Foster was 48 years old when he put a pistol in his mouth while sitting against a tree in Fort Marcy Park in McLean, Va., on July 20, 1993. When he pulled the trigger, the story exploded into worldwide headlines, conspiracy theories and Congressional investigations. But there were a lot of loose ends.

The medical examiner’s office in northern Virginia ruled that the cause of death was “perforating gunshot wound mouth-head.” Foster had been depressed, people reported afterward, although nobody except his wife seemed to notice how badly.

Hillary, as we learned from a bestselling book, “Crisis of Character,” which was published last month and was written by a former member of the Secret Service police, had an ugly habit of berating Foster publicly after the whole Arkansas crew got to the White House in 1993.

Bullshit masquerading as news looks like this when you heat it up on the stove. This muck runs over the side, smells horrible, and ends up looking like another conservative hack just delivered a piece of nothing burger served raw. You'll see these things appear, again and again, despite the fact that Republicans in Congress a generation ago concluded there was no link between Hillary Clinton and Vince Foster's suicide.

The grift continues unabated. Shame, decency, ethics--you will not find them anywhere near Rupert Murdoch's New York Post. You'll find nothing but lies and recycled filth.