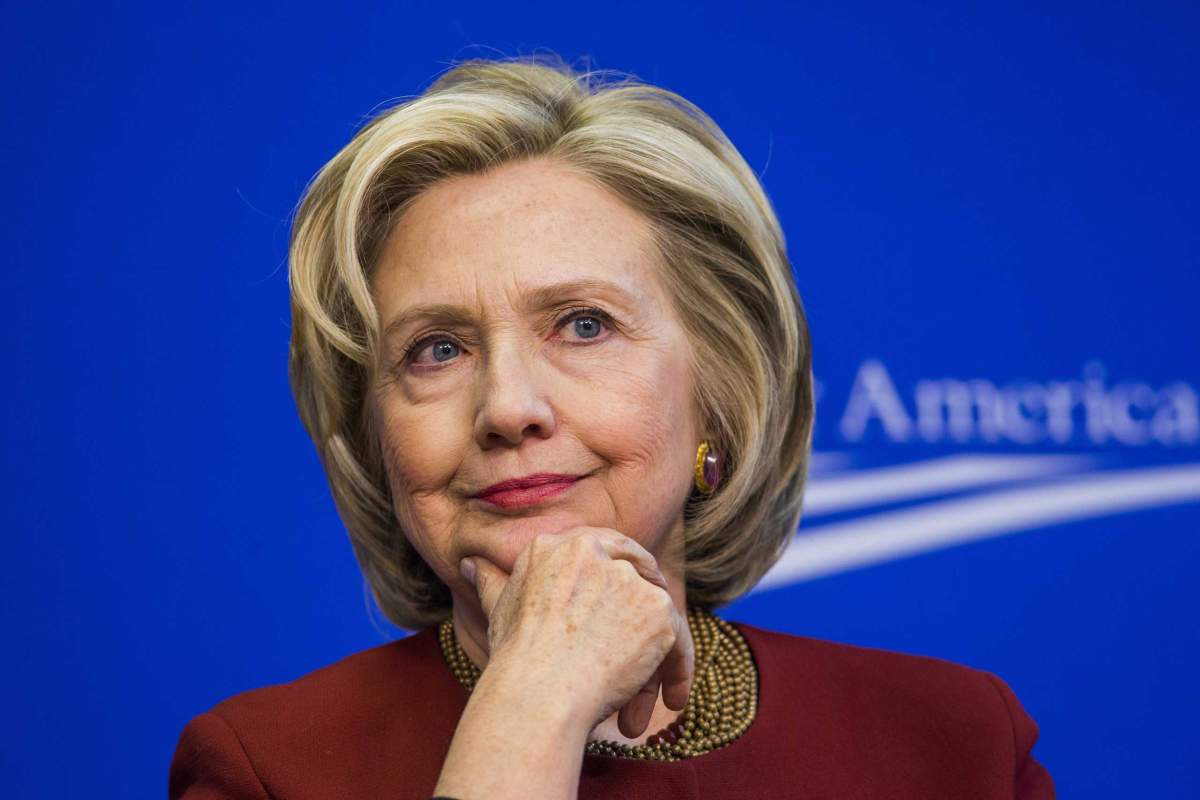 There are going to be endless thinkpieces about how a woman can't be strident, confident, and assured in the weeks and months ahead. The sexism inherent in this argument is plain even for a relatively lumpy but friendly white guy like me--if you don't like strong women, you're going to have a problem with Hillary Clinton:

Several male news commentators on major networks reacted to Hillary Clinton’s DNC speech with commentary about her “shrill” voice rather than about the content of her speech, igniting a furor over the seemingly sexist remarks. The BBC’s James Naughtie ignited a backlash on the Today Programme with his remarks about Thursday’s speech by the first woman to be nominated for president by a major party. Asking aloud whether Clinton had “a bit of a woman problem,” Naughtie on Thursday said Clinton had “a slightly shrill tone” that might turn voters off. Earlier this week, NBC commentator Tom Brokaw echoed Naughtie’s comments, saying, “she’s often quite shrill and hectoring people.” PBS also came under fire for supposedly calling the presidential candidate’s delivery style “shrill” in its coverage of her historic DNC speech. Throughout her campaign, Clinton has at times faced baffling criticism of her tone of voice by American pundits. In May, MSNBC coverage of one of her speeches was interrupted so that the commentator could complain that she was speaking too loudly.

You'd think that an assclown from the BBC would know what a strong woman sounds like, but he's forgotten about Margaret Thatcher and her permanent resting bitchface. He doesn't sound like he can handle being in the room with a woman who is going to call him on his bullshit, does he?

There's nothing wrong with her tone, her voice or her delivery. It's the same used by everyone else on that stage who knows how to lead. I heard the sound of conviction and dedication in Hillary's voice, and I'm pretty happy with that. But, then again, I've served in the military. I know that women can have the same command presence and delivery as men. I'm comfortable with it because I've lived through it. Far too many men have avoided military service and haven't been socialized in an environment where a woman gives orders that have to be followed. It comes down to life experience. If you're used to having everyone kiss your ass, you're not going to be especially happy when President Hillary Rodham Clinton tells you to shut up, sit down, and do what you're told.

What's the over/under on how many Maureen Dowd columns are going to cover the subject of Hillary's warrior queen delivery? There is blood on Hillary's sword and that drives people like her nuts. Dowd comes at life from the perspective of a Baby Boomer who knows she's never going to be in anyone's top ten. Bill and Hillary are the best of their generation. That leaves the also rans like Dowd to suffer with resume envy, and that's why the New York Times keeps Dowd around. She's the voice and the ID of a generation of marginally successful insecure people. Everyone but her has always done feminism wrong. I have a sneaky suspicion that Dowd is of the opinion that Hillary bitching the wheels off of a car is going to come up and I would be willing to bet you that we're going to read about how men like to having something soft, sexy and readily purring in their lives because they're so stressed out, darn it. If only Hillary would squeak and wear a French maid's outfit, men would vote for her.

As for Tom Brokaw, please. This notion that Hillary is hectoring anyone other than a billionaire who wears a white bed sheet over his head when he goes wilding with his cronies from Russia is laughable. You know, maybe if someone had hired more women to work in television back when Brokaw was starting out and maybe if someone had let them do more than the weather and the human interest stuff, the presence of an assertive woman capable of outworking and outthinking the men around her would have been more commonplace. Hillary is the logical extension of a kind of culture shock that says, "yeah, you're in the same room with someone who's smarter than you are and isn't afraid to say what she thinks. Gotta problem with that?"

The great Tina Fey owned being a bitch because "bitches get stuff done." But, the reality is, Hillary is not being a bitch and neither was Tina when she took charge and made things work. That's not who or what they are. They're strong, confident people who act just like you're supposed to act when you have plans, agendas, and things to accomplish. Certain men are not going to be able to handle that because they're used to seeing something softer and more docile in their day to day lives. No one should make any excuses for their sexism. They're the ones who need to adjust to the new reality.