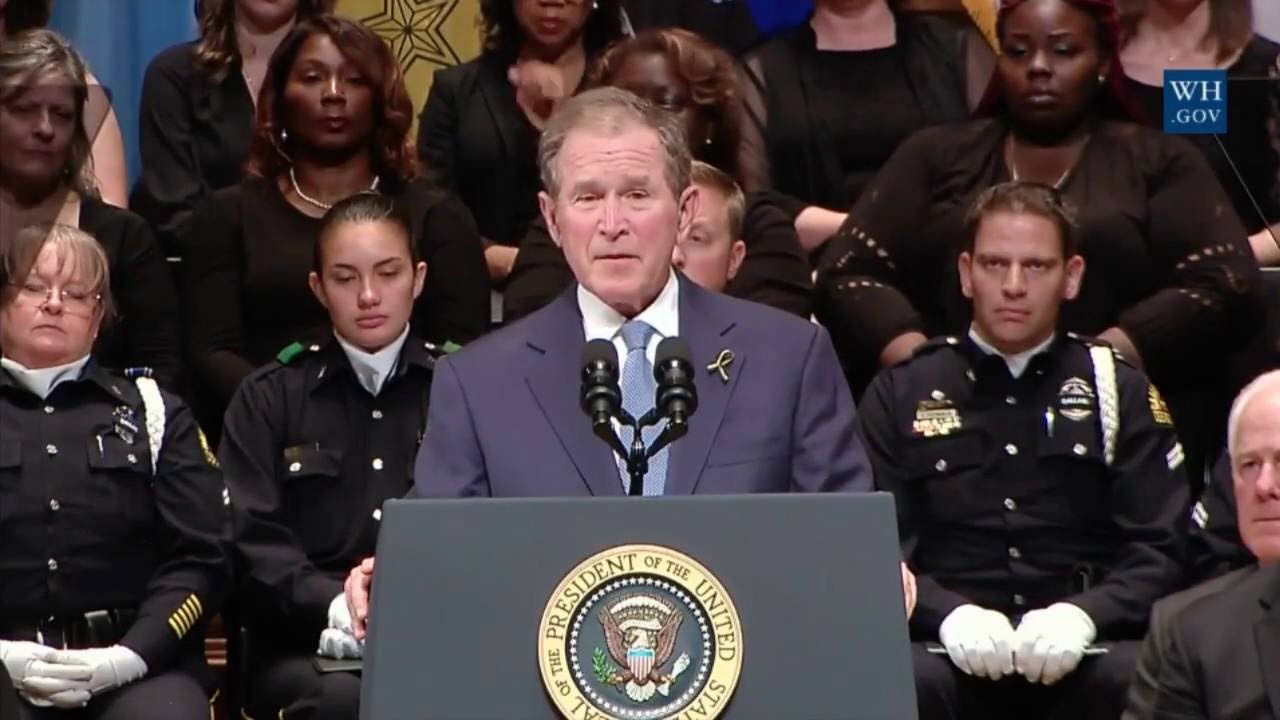 You know, there's something to this:

Former President George W. Bush fretted to a group of former aides and advisers in April that he was worried he could be the "last Republican president."

The 43rd president's remark, at a gathering in Dallas of his administration's staffers, reflected a dim view of the party's prospects at a time when the primary contest was realistically down to Donald Trump and Texas Sen. Ted Cruz.

"I'm worried that I will be the last Republican president," Bush told a clutch of former aides and advisers.

Since 2008, we have seen two terrible candidates and two awful campaigns. Romney and McCain are persona non grata in the party right now because of who they lost to and how badly they lost.

If you look at how the Republican Party has effectively become a regional party and how they have ruined their chances of making any inroads with Hispanics in the United States, it's easy to conclude that there is little hope for anyone who self-identifies as a Republican winning the presidency. This is why they have worked so hard at the state legislature level--that's how you Gerrymander control of the House of Representatives.

This year, even that is threatened by the rapid decline of Republican Party fortunes in the wake of the Trump phenomenon. Bush could be the last Republican if the party splinters into two rival factions that end up having to rename and re-brand themselves.

You'll note the lack of introspection here. Bush can't quite bring himself to admit his mistakes and acknowledge his role in destroying the party's fortunes. His blundering ineptitude sank the fortunes of so many of his former staffers that I'm shocked they even bothered to sit down with him and reminisce about the "good" old days. Americans can forgive a lot of things, but when you start a war that ended up killing thousands of Americans, let an entire city drown, and preside over the near-death of the entire world economy, it's hard to talk about anything other than your own incompetence.

The last Republican president? Hell, yes to that. Few will shed any tears over this, of course.