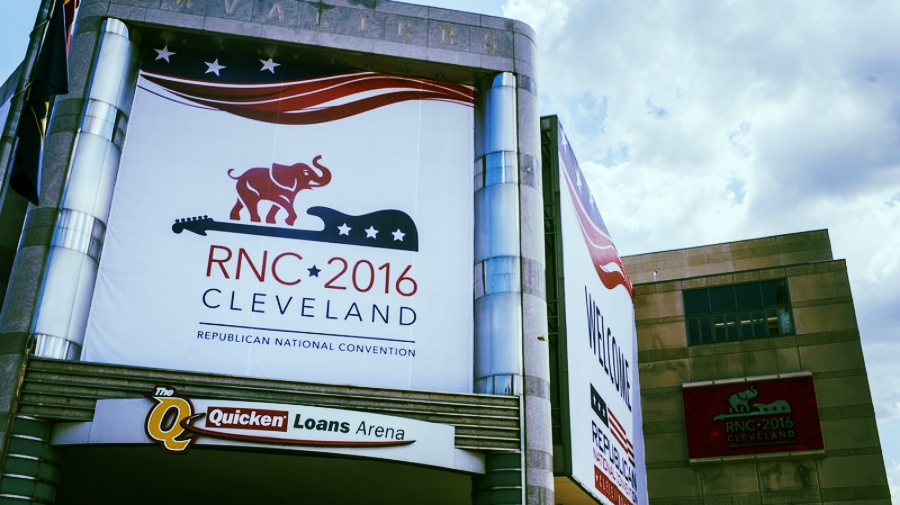 Many Republicans need a loan from Quicken Loans just to get to the GOP convention this year... [/caption]

Here's a bill for two thousand dollars. You didn't know you were going to have to pay it, and you can certainly stay home if you want, but if you want to be part of history, this is what it's going to cost you.

It might go as high as three grand, and if you lose your mind in Cleveland, you could end up coming home with a pretty hefty bill. For many of the folks who are going, the bill for their trip to cast their vote is one they're going to be paying off around the time the next one comes around.

I'm talking about what it is going to cost delegates to the Republican National Convention, and many of those people woke up to the fact that they're on the hook to pay their own way. Billionaire nominee Donald Trump doesn't have any cash on hand to pay for the people who voted for him and showed their support for him to make the trip. They have to get to Cleveland, pay the full price for their hotel rooms, transportation, and meals and they have to do it on their own dime.

Yeah, these are some broke-ass Republicans who are going to be delegates to the GOP convention:

To cut costs, some delegates are getting creative: They're bunking together in hotels or carpooling, even if they don't know each other.

At least six Illinois delegates have launched GoFundMe pages, but with only minimal success. One delegate who's on disability is planning to put the whole trip on his credit card — and figures he'll be in debt for years.

But regardless of the costs, many of these first-timers aren't deterred. Maria Hough says casting her vote for Trump will be part of history.

"I really, really believe in him so, I just wanna make sure nobody's gonna mess with him. If my little vote counts, my God, I've gotta be there to do it," Hough said.

To me, a Republican is someone who gets to go on vacation every year, somewhere expensive. A Republican is someone who gets to go to the SuperBowl every year and doesn't complain about what it costs. A Republican is someone who can drop ten grand on something like this and not have to worry about making the mortgage payment for the next six months. You know this because they're usually the people who rub it in other people's faces whenever they get the chance. Oh, we got some limousine liberals out there, and they suck, too. But this just blows me away. All of these people are getting a chance to go to the big rich white guy shindig and they don't have two nickels to rub together? Really?

Does that not mean that actual Republicans--car dealership owners, Chamber of Commerce bigwigs, serial philanderers who work at financial institutions, and your other assorted fuckfaced clowns have said "no thank you" to the idea of parading around during Donald Trump's shitshow carnival of race baiting and leg humping?

If you want a good indication as to how shallow and how hollow Donald Trump's support is, look no further than the sticker shock these people are facing. They're not "Republicans" because they don't have any cash. They're not going to drop the maximum donation to the party in the tip jar and they're not going to be writing $50,000 checks to anybody's PAC any time soon. They'll be lucky if they make it home with both shoes and the duffel bag they borrowed from their brother's kid.

Should I feel bad for working class people who voted against virtually all of their economic self-interests in order to elevate a man to the presidency who can't pay his own bills, doesn't have the money to defray some of their costs, and who can't raise the money needed to fund his campaign? No, they signed on with bigotry, racism, and greed. Fuck them. If they come home broke and looking like they just got rolled in the gutter by a con man, that's on them.