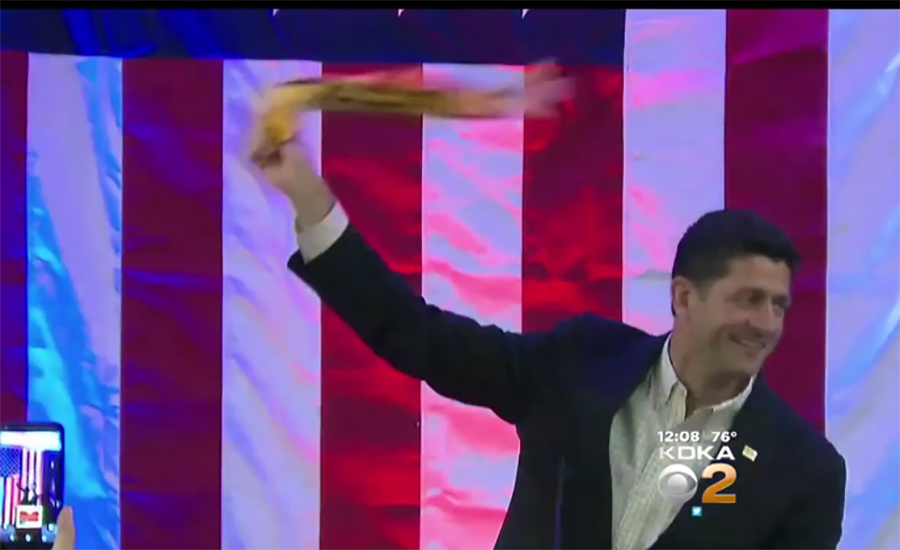 Isn't he supposed to be a Green Bay Packers fan? [/caption]

There are no words to explain how absolutely stupid it is to wave a Terrible Towel in Cleveland (unless you want to alienate the entire city, of course).

Kudos to the guy who gave Speaker Ryan the towel. He was betting on the notion that Ryan has no idea where he is or what the NFL means in cities like Cleveland and he won the whole day.