Old Person Was Careless With E-Mail 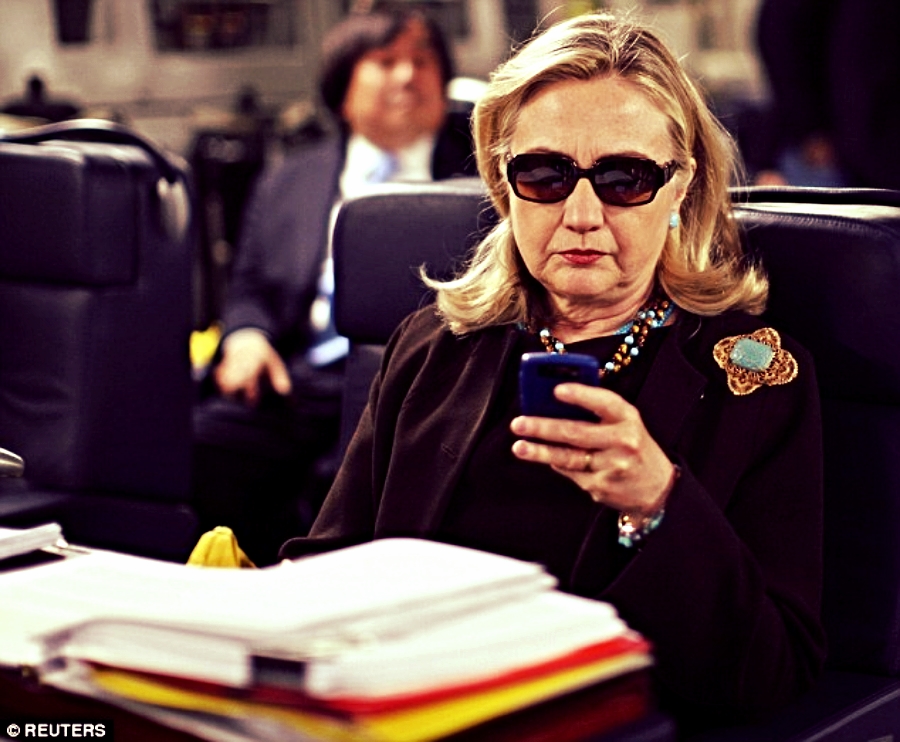 Well, if that don't beat all--even the liberal New York Times has to eat a bucket of crow:

FBI Director James Comey said Tuesday that he would not recommend charges against Hillary Clinton for her use of a private email server while she was secretary of state -- but he added Clinton and her aides were "extremely careless" in handling classified information.

"Our judgment is that no reasonable prosecutor would bring such a case," Comey announced after a lengthy recap of the investigation the FBI conducted.

Comey's decision not to recommend charges likely removes the threat of prosecution in the middle of Clinton's campaign for the presidency, but the political fallout will continue.

Comey delivered a stunning tongue-lashing of Clinton and her State Department colleagues. His stinging critique came just hours before Clinton is scheduled to campaign with President Barack Obama for the first time this election season.

I'm no fan of James Comey, but this amounts to more of the same nothingburger that the right has been serving for months and months. So, allow me a victory lap. I have said, since day one, that Hillary was not going to be charged, indicted, frog-marched or otherwise tainted with this ginned-up nonsense (which, ahem, started with the original nothingburger called Benghazi). I am a child of the 1990s. I knew exactly how this was going to play out before the sun set on the first day of this "scandal." The Clinton Rules applied heavily in this case. And those same rules tell me that the next thirty years will feature at least a dozen books on this subject, all of them breathtakingly marketed to the same people who got tired of buying the same Ann Coulter book over and over again.

This was so simple to understand. Hillary liked her BlackBerry. She wanted to keep her BlackBerry. So they let her! They did not go out and reinvent the wheel here. They set up what they thought (they were wrong but they didn't break the law!) was a safe and secure way for her to use the device she liked, primarily because she did not use a computer. So what? Another old person proved to be less than savvy about the particulars of E-mail in the modern age. Bring me a fainting couch.

The simplicity of it all inspired untold numbers of people to invent crock-of-shit theories out of thin air. If there was any justice, every pundit who wrote that Hillary was a felon and deserved to sit in jail ought to have the common sense and decency to quit their pundit job and go pick trash up out of the ditch by the highway. I'll Go Fund You the cash for your orange vest and your holey garbage bag. And I know I should be gracious, but fuck that.

Fuck everyone who came at me and said she was going to prison. Y'all were wrong. None will admit it, of course.

Fuck all that and fuckity-fuck-fuck them into their self-righteous places.

This is over. This is done. And the last gasp of a ridiculous man can be heard: 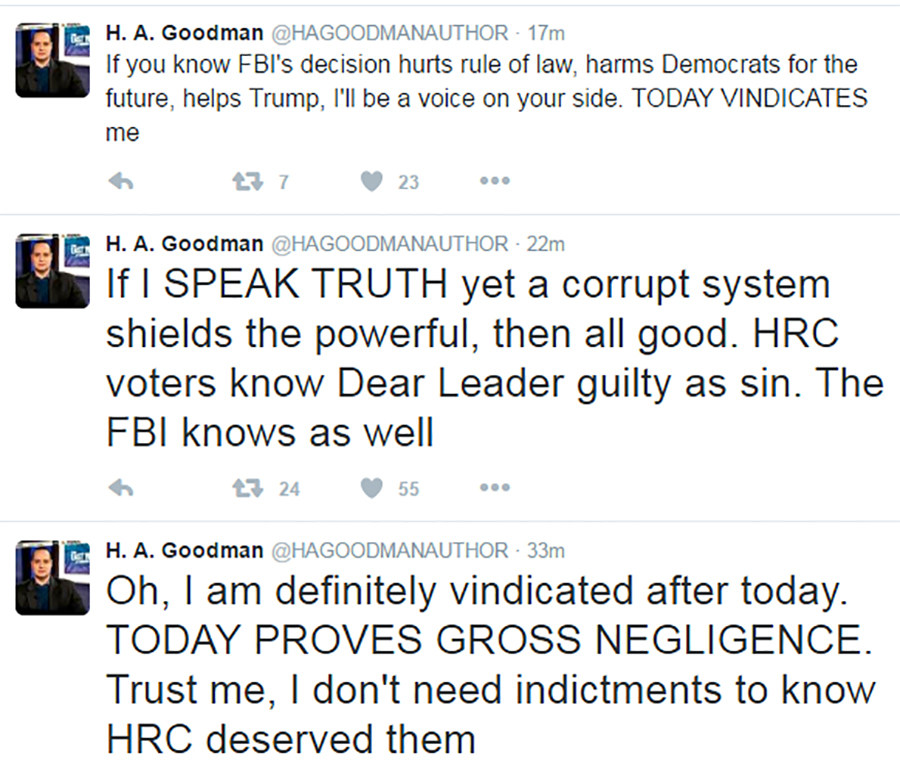 Eat shit and die, fuckface. Your tears of impotent rage are the song that plays in my heart.