Mike Pence Shouldn't Even Be the Town Dogcatcher 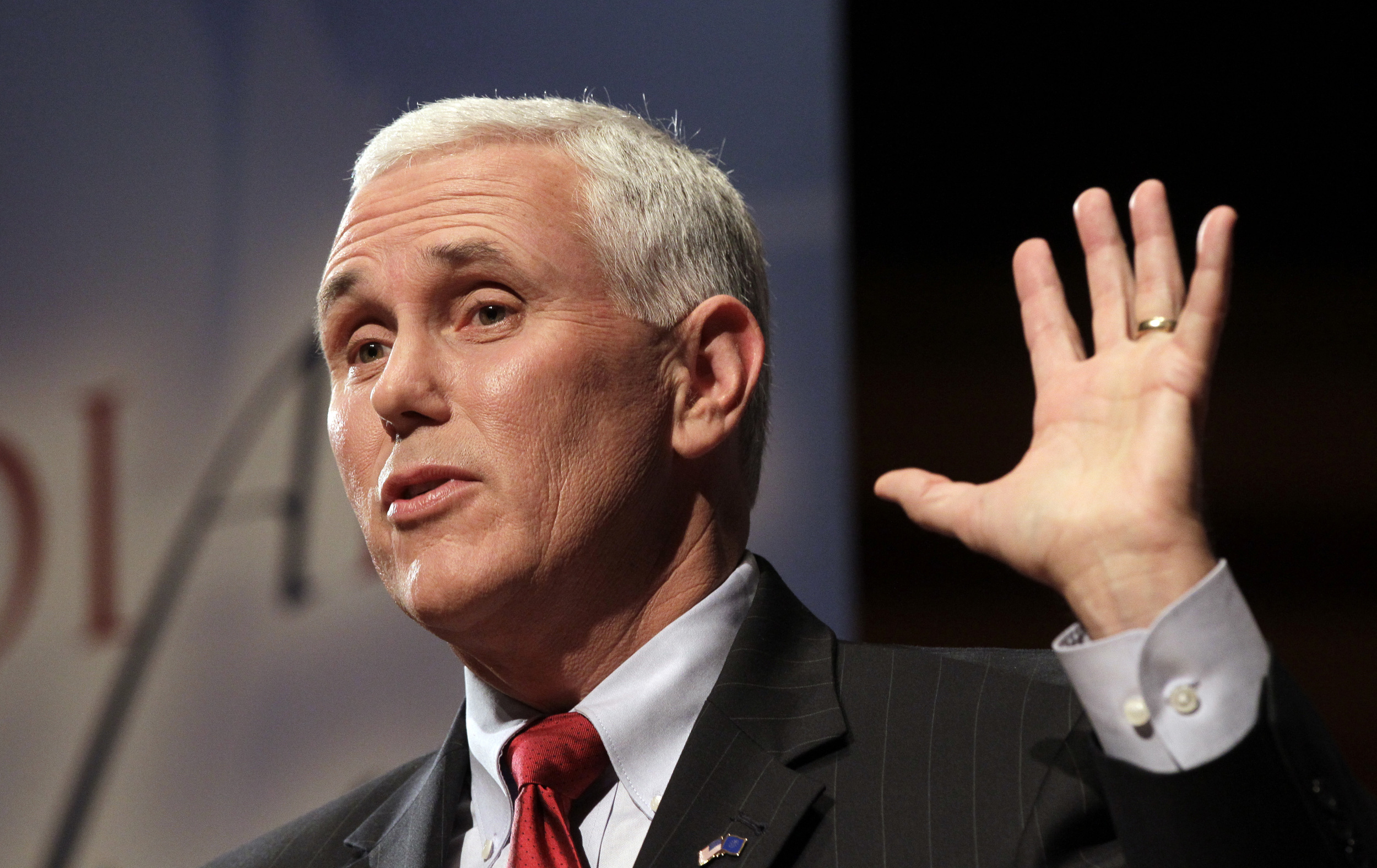 There are a lot of reasons to loathe Indiana governor Mike Pence. This will suffice:

A family of Syrian refugees destined for resettlement in Indiana was denied entry to the state and instead began a new life in Connecticut on Wednesday.

The family of three – a mother, father and their five-year-old son – had been waiting three years to move to Indiana before their placement was changed, a consequence of the growing tensions in the wake of the Paris attacks that Syrian refugees could pose a threat to national security.

The governor of Indiana, Mike Pence, is one of at least 30 governors who have said they do not want to resettle Syrian refugees in their state even though they do not have the authority to refuse to do so.

Rather than starting a new life in Indianapolis, the family will settle in New Haven, Connecticut.

Connecticut governor Dannel Malloy welcomed the family to his state with open arms. “It’s the right thing for us to do to respond to this tragedy,” Malloy said during a press conference on Wednesday. “We have an obligation to the other nations of the world to do our part.”

Carleen Miller, the executive director of Exodus Refugee Immigration in Indianapolis, which was helping to resettle the family, said she did not have to re-route the family but felt that it was the best option given the legal uncertainty. The family had been living in Jordan after fleeing Homs in Syria.

Miller said she had received a letter on Tuesday from the head of Indiana’s division of family resources that said the state sought to “suspend or redirect” all Syrian refugees to other states that were willing to accept them.

“While that’s not the governor’s purview to do that they indicated at the state level that they wouldn’t provide services,” Miller told the Guardian. “We were not sure what it would mean for this family and we didn’t want them to be caught in the eye of the storm and not receive the services and benefits that they needed.”

Pence has the asshole part down, but he has a whole rash of other problems that will only make him look better to the standard issue Donald Trump voter. First, he's shorter than Trump and looks like Roger Stone.

Second, he hates the gays just the right way. Third, he knows how to demagogue on the issues and embarrass the people of his state.

In other words, he's perfect.